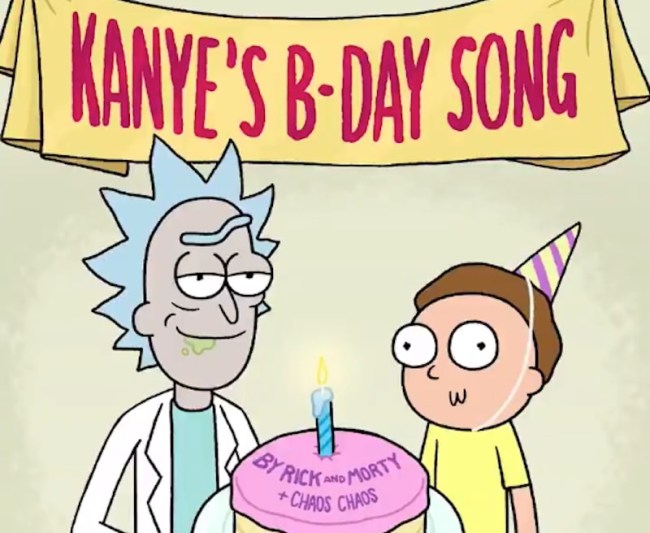 On Friday, Kanye Omari West turned 41-years-old. Happpy birthday Ye! What do you get for the international rapper who has a net worth of over $160 million? Apparently you get him a customized birthday celebration from his favorite TV show Rick and Morty.

His wife, Kim Kardashian (Maybe you’ve heard of her), requested her husband’s favorite TV show heroes to wish the rap icon a very happy birthday. A very hesitant Morty was skeptical to wishing a happy birth day to Kanye West, but Rick was a little too excited to wish a very emphatic birthday to the iconic rapper and it has too many graphic “noises.” “I have to show you the birthday card I had made for @kanyewest,” Kim tweeted. “Thank you Rick & Morty!!! His fave show!!!”

Kanye’s ye album debuted at Number 2 and has been dominating the charts. An incredible stat finds Kanye West has seven songs off his eighth studio album ye in the top charts of Apple Music and Spotify. Kanye recently revealed he has suffered through mental illness, “I had never been diagnosed until I was 39. [It was] a mental condition. But like I said on the album, it’s not a disability, it’s a superpower.” Rick and Morty creator Dan Harmon has also dealt with mental illness and dispensed some sage advice to a fan on how to deal with depression.