NYC Bouncer Is A ‘Rude Boy’, Denies Rihanna And A$AP Rocky Entry Into Bar For Not Having I.D.s 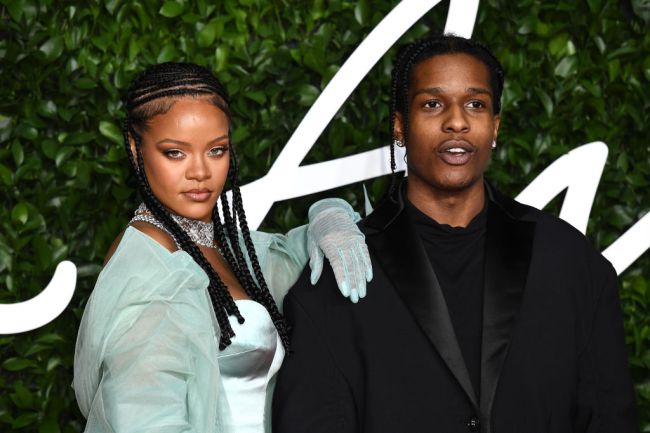 Everyone knows New York bars can be tough to get into. As it turns out, being an eight-time Grammy award winner and the best digital selling artist of all time will not even assure entry!

On Wednesday night, Rihanna and A$AP Rocky, who recently went public with their relationship, enjoyed a PDA-filled date night in New York. The couple decided to go to Barcade— an arcade and bar— in SoHo. Unfortunately, the bouncer was a ‘Rude Boy’ and must live under a rock.

He denied Rihanna or A$AP entry because they did not have their IDs. As if they needed them…

It seems that Rihanna found the entire situation somewhat comical. When the bouncer asks for her ID, her shoulders shake and a slight grin spreads on her face. Meanwhile, A$AP Rocky tries to talk to the bouncer and make him aware that his girlfriend is a pop-music icon. Not only that, but she has been at the top of the music charts for 16 years, selling more than 54 million albums worldwide.

I respect the man for taking his job so seriously, but he is the clear loser in this situation. I mean, you can Google the couple and find out more about them than seeing an ID could ever give you.

Whether A$AP and Rihanna got into that particular bar is unclear, but they ended up partying somewhere. Video surfaced of A$AP playing arcade games and it looked like he bought everybody a round of drinks before proposing a toast. Must be nice being worth $10 million.

Fans on Twitter quickly came to the defense of the duo, but had jokes about the mishap as well. Rihanna has not released an album since Anti in 2016, paving the way for jokes about needing an album instead of an ID for entry.

NO ALBUM NO ENTRY ❌ pic.twitter.com/nlFYFIuj0x

rihanna telling the bouncer who she is and he doesn’t care because he doesn’t remember the singer who hasn’t released an album in 5 years: pic.twitter.com/zP2NuFHiB8

Still, the bouncer who denied entry is a fool and could use some catching up on pop-culture.