Rihanna, Reportedly Being Considered For The Role Of Poison Ivy, Teases Fans With Batman Reference 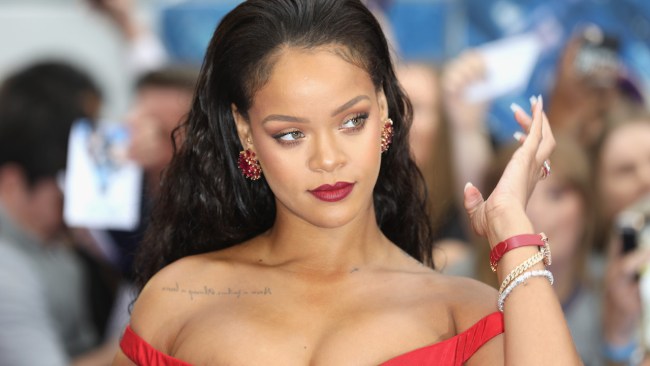 With the production of 2021’s Robert Pattinson-starring The Batman set to begin next year, more and more details about the film have begun to leak out — from plot details to casting rumors and more.

As we’ve known for some time, The Batman is reportedly set to feature at least four iconic Batman villains. While original reports indicated that The Batman will feature Penguin, Catwoman, Riddler, and Firefly, the number has since inflated to six, with iconic rogues such as Poison Ivy and Mad Hatter being brought into the conversation.

Not only has Poison Ivy been mentioned as a potential villain in The Batman, but word on the street is that Warner Bros. already knows who they want for the role: Rihanna.

And while it is unclear whether Rihanna has had any formal discussions about the role, she has obviously heard the rumors, as she took to Instagram to throw a sly Batman tease to her 74.6 million IG followers.

Look, Rihanna is one of the most brilliant women in the entertainment business, therefore deserving the benefit of the doubt when it comes to a subtle reference like this.

Now, as for the casting itself, does it actually make any sense? And the answer is a resounding yes.

Rihanna has certainly acted before, appearing in films such as Battleship, This Is The End, Valerian and the City of a Thousand Planets, Ocean’s 8, and Guava Island. And while I haven’t seen most of these films, I did see Guava Island and Rihanna was definitely decent. Is she Meryl Streep? Obviously not. But is she capable enough to come off as a complete joke? Certainly.

But forget about Rihanna’s filmography for a second and focus on the character she’s rumored to play: Poison Ivy. Poison Ivy’s primary weapon, and defining characteristic, is her exotic seductiveness. And if anyone on Earth has mastered being exotically seductive, it’s definitely Rihanna.