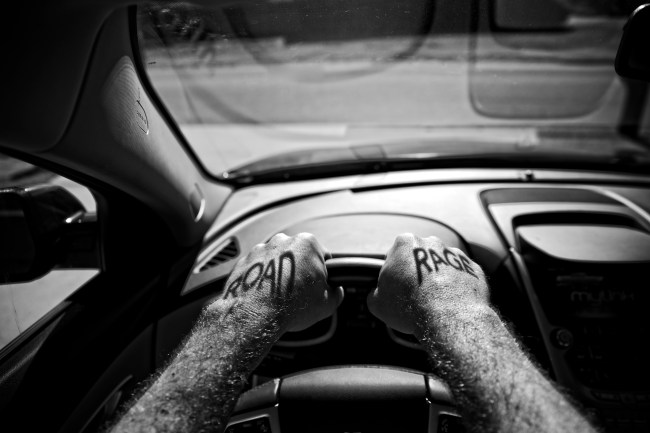 Driving in NYC isn’t for everyone. Personally, I loved it. I’m in Florida now but for years I lived in SoHo and parked my car at a garage on 116th which meant I had a long-ass drive back to my apartment anytime I wanted to use my car (which was often). Parking in the city isn’t cheap!

In general, the rules of the road in NYC are simple: there are no rules. Lanes don’t matter. Speed limits don’t exist. As long as you don’t make a turn at a red light then you’re pretty much fine and most drivers understand this which leads to controlled chaos on the roads.

If you are trying to drive in the city and are following all of the traffic rules and laws by the book then you’re probably going to have a pretty shitty time. My hunch is something like that is what led to this incident below but I really don’t have much to go on aside from this dashboard camera footage.

According to the NYPost, the incident occurred on the Staten Island Expressway at 4am on October 11th. The footage (below) shows the driver in a Honda Accord cutting off a semi-truck and forcing the driver/truck to a complete stop in the middle of the highway.

The driver of the Honda can then be seen brandishing a bat before the two dudes are throwing punches and rolling around, in the middle of traffic, on a busy ass NYC expressway. After passing motorists stop to break up the fight the Honda driver then takes the bat to the truck and smashes up the headlights. Just another day on Staten Island, right?

What the hell would that truck driver have done if he didn’t have a dashboard camera? I’m 100% certain that Honda driver felt wronged in some way. You don’t just cut off a truck and force the driver out into a brawl in traffic for no reason, doy ou?

Only ONCE in traffic did I ever experience an unhinged driver. I was getting off the FDR at Houston and they cut me off at the last second forcing me to slam on the brakes. Then they proceeded to repeatedly tap the brakes in their car as if they were trying to get me to hit them. The driver legit tried to get out and fight someone in the cars around him at the next right light but I moved on and went about my day.

Sure, I saw at least three people hit by cars in traffic but none of that was caused by road rage. This was a clear raging incident on the road.

According to the Post, the Honda driver ‘remains at large‘ and no arrests have been made.