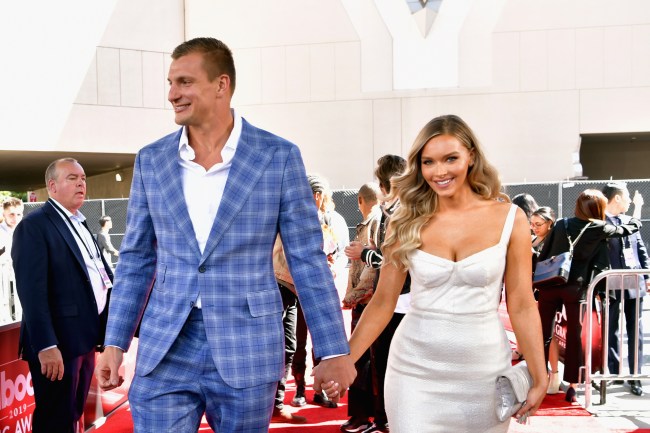 Am I the only one who thought that after retiring from the NFL, Gronk would move to a serene cabin in the woods to binge on decaf coffee and pen his memoir while soft jazz echoes gently in the background? Maybe take a morning swim in the lake before making love to Camille Kostek?

Welp, maybe Gronk is scribbling down memoir notes on the hotel room notepad in between injecting alcohol into his veins and convulsing on the dance floor.

The 29-year-old retiree (Jesus, imagine saying that about literally any other profession) took his retirement tour to the brand new KAOS Dayclub at the Palms Resort in Las Vegas over the weekend and was reportedly pounding Coors Lights like water (cue the beer snobs telling me Coors is water). Gronk and his crew then headed over to the NoMad pool party, where he took over the DJ booth, played the saxaphone and started banging out pushups (getting ready for next season’s playoffs, are we?)

Check out some tasty clips from the weekend.

Gronk seems to be enjoying retirement 😂

Also, unrelated to the debauchery, but Is tumbled across this photo of Gronk as a 12 year old and I could not believe my eyes.

Have a good day.