Rob O’Neill, The SEAL Who Killed Bin Laden, Posts Photo Bragging About Not Wearing A Mask 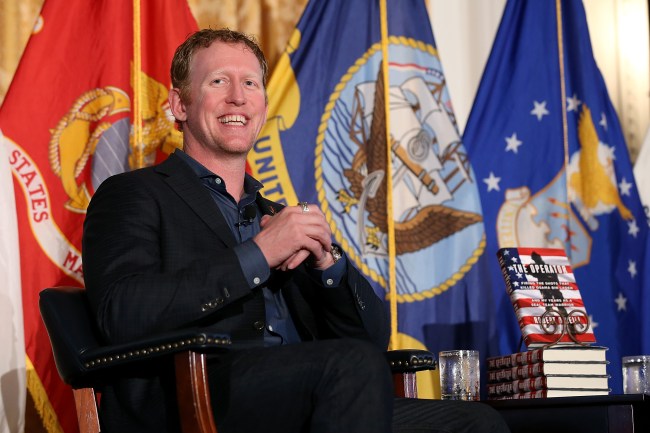 Rob O’Neill is the Navy SEAL you probably recognize from telling his story on Howard Stern, popular podcasts, TV appearances, and in the book he wrote to sum it all up. Dude has been on a decade-long press tour and while some bozos will say that serving your country as a SEAL is its own reward, don’t talk about it, etc., I say good for him.

Now, I’m not a fan of someone who takes their mask off on an airplane for one second, takes a photo, tweets “I’m not a pussy,” and then immediately puts the mask back on. And then has his wife take the tweet down.

That’s sorta textbook pussy behavior, Rob. Wait until the flight attendant walks by for that safe window to pull the mask down. If you’re going to be an anti-mask guy, you might as well go all the way (please don’t). But to be some kind of anti-mask POSER… why, that’s chickenshit. Really strange hill to pretend to die on.

This is a great example of how two things can be true at once: Rob O’Neill is an American hero. He is also a social media loser. Thanks for your service, Rob.