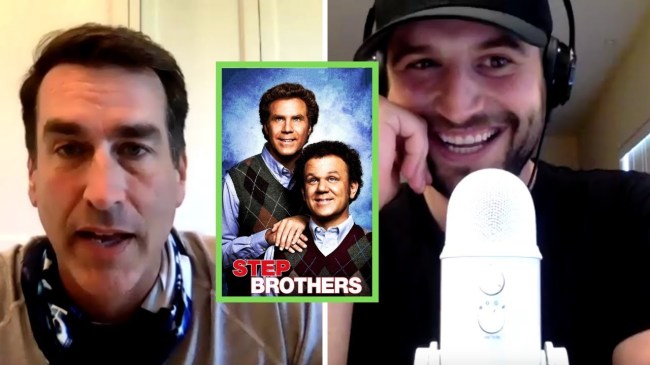 It is safe to say that Rob Riggle does not miss very often when it comes to the box office. From ’21 Jump Street’ to ‘The Hangover’ every comedy movie he is in seems to be a hit. However, it is one of everybody’s favorite Riggle movies that I had to ask him about when he joined The Brilliantly Dumb Show, ‘Step Brothers’. I asked the actor what a day on set with Will Farrell is like and if he knows if they have a hit on their hands before they even finish filming a movie. His response will have everyone wondering if ‘Step Brothers 2’ is actually a possibility.

“There is never that thought of it can’t miss,” said Riggle. “Now I do have thoughts of, this is fun, we’re all laughing pretty hard, the execution of that scene was amazing, but trying to predict anything in this business is a fool’s errand. You could make a whole other movie with the stuff they left on the cutting room floor of ‘Step Brothers.’ A lot of that movie was improvised, and I give a lot of credit to Will Ferrell for being gracious enough to let other people shine. It was his movie, and he was like you’re killing it, go.”

It was a hilarious interview with the former Saturday Night Live comedian who also just so happened to serve 23 years in the Marines. Riggle joined the show to discuss his upcoming animated comedy series, ‘Hoops’ that will be coming to Netflix on August 21. Be sure to subscribe to The Brilliantly Dumb show on YouTube, Apple Podcasts, and Spotify to check out the full interview.