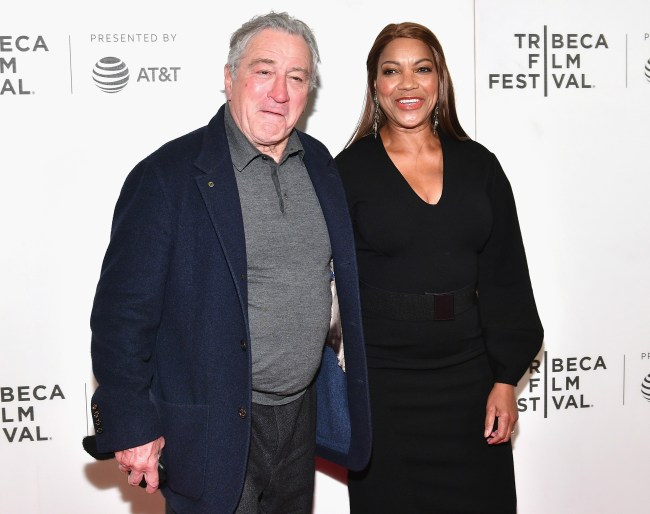 Robert De Niro is a pretty wealthy man. A quick perusal of Google estimates his net worth to be somewhere in the realm between $300 to $500 million and he has a massive business empire which includes the luxe Nobu restaurant chain and the Greenwich Hotel.

On a normal year, he rakes in tens of millions of dollars. And he’s required to pay his ex/estranged wife $1 million during any year that he earns $15 million or more. But this isn’t a normal year, is it? Even the wealthiest are feeling financial constraints. Only they’re having to learn how to live on millions of dollars per year instead of tens of millions. Must be rough.

A PageSix article discussed a proceeding in his divorce case this week where his ex, Grace Hightower, is demanding her monthly American Express spending limit is raised from $50,000 to $100,000. How’s a gal supposed to live on just $50K/month?!

De Niro is arguing that times have changed because of corona and his lawyer claims Robert might bring in ONLY $7.5 million this year which would explain the cut in her spending limit.

But lawyers for De Niro said he cut Hightower’s credit card limit because he’s taken a huge financial hit as the restaurant chain Nobu and Greenwich Hotel, both of which he has stakes in, have been closed or partially closed for months with barely any business.
De Niro’s lawyer, Caroline Krauss, told the judge that Nobu lost $3 million in April and another $1.87 million in May. And he had to pay investors $500,000 on a capital call, which he borrowed money from his business partners to make, “because he doesn’t have the cash,” Krauss said.

Krauss also explained that under the terms of their 2004 prenuptial agreement De Niro is only required to pay Hightower $1 million a year as long as he’s making $15 million or more in income and if his income declines his payments to her proportionally do too.
“His accounts and business manager … says that the best case for Mr. De Niro, if everything starts to turn around this year,… he is going to be lucky if he makes $7.5 million this year,” Krauss said. (via Page Six)

His ex says she and their kids have been banned from the ‘upstate compound’ where Robert De Niro, age 76, has been holed up throughout the pandemic. He married Grace Hightower in 1997 and the couple separated in 2018. They have two kids together, a son and daughter, and Robert has six kids and four grandchildren in total.

De Niro’s lawyer says the BEST CASE scenario for Robert is to earn just $7.5 million this year and he’s already been ‘mostly already’ paid out for The Irishman with only $2.5 million more to come. The lawyer said that Robert De Niro, who some estimate is worth HALF A BILLION DOLLARS, couldn’t even retire right now if he wanted to because of lavish expense.

“These people, in spite of his robust earnings, have always spent more than he has earned so this 76-year-old robust man couldn’t retire even if he wanted to because he can’t afford to keep up with his lifestyle expense,” Krauss said, adding that De Niro has begun cutting back spending “dramatically.” (via Page Six)

The lawyer for his ex-wife claims this is all complete nonsense and the notion that someone as wealthy as Robert De Niro having to cut back expenses is complete poppycock.

Ultimately, the judge issued a temporary ruling that kept the credit limit at $50,000/month and ordered Robert to pay her $75,000 so she could find a Summer home for her and their two kids while Robert remained quarantined as his three-house compound in upstate New York.

Struggling to live on just $50,000/month… That sounds like a torturous way to go through life. That barely affords just TWO bottles of 1978 Montrachet and with a spending limit of $50,000/month you could only afford a single bottle of 1945 Chateau Mouton-Rothschild each month. You couldn’t even afford to buy a new car every month if you wanted to!

To read the full report, you can head over to the article on PageSix.