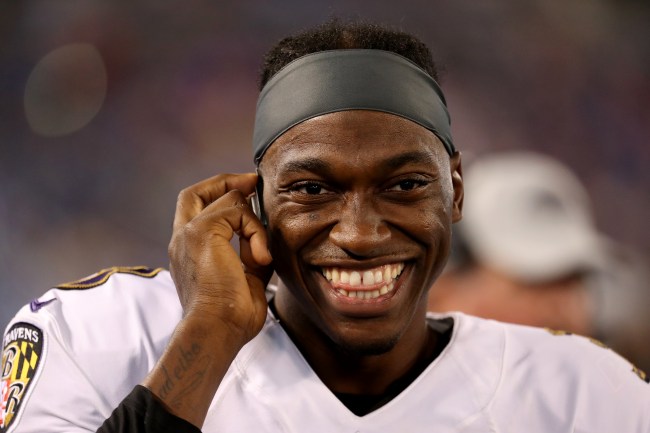 It wasn’t too long ago that Robert Griffin III ignited the internet after posting a Christmas card photo with a haircut that resembled O.J. Simpson polygraph lines. It looked like he got his haircut by Stevie Wonder with Crayola scissors while riding a mechanical bull.

How does Grete Sadeiko let him leave the house with his lineup looking like a Daytona 500 track?

Got RG3's Christmas card in the mail pic.twitter.com/VDvQ9HGx7Y

I vividly remember someone subtweeting, “This is the first time in my life I’ve ever seen a black person with a racist haircut.” I nearly spit out my morning beer.

The roasting became so ubiquitous, RGIII had to defend his honor.

Yo barber, his barber, no barber, don’t matter I live life over the edge 😂 pic.twitter.com/WS6YWAywoi

Welp, in an optimistic turn of events, the Ravens quarterback posted a photo of his hairstyle evolving into a big boy haircut.

Went ahead and tried this whole line up thing #NewHairCutWhoDis pic.twitter.com/d0VfyGeixJ

Suffice it to say, Twitter was proud of Griffin for getting his haircut by someone who didn’t have the shakes from drug withdrawals.

Man went from GET OUT Part 2 to Duke Blue Devils starting 5.

Congratulations to RGIII for allotting a few dollars of his tens of millions of career earnings on a haircut that looks like he belongs in civilized society.