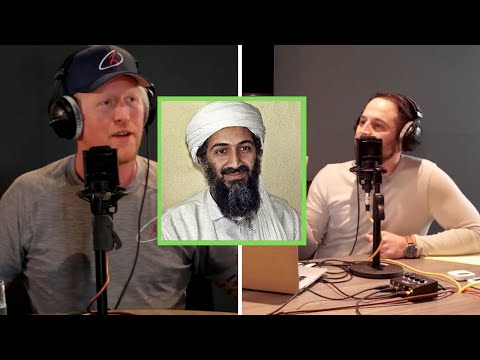 You never know what you are going to get when scrolling through TikTok. One second you get a video of a teenager dancing through a carwash, and the next you get a guy drinking cranberry juice on a skateboard while busting it through oncoming traffic. But a new video has been popping up on people’s feeds and this one is going viral for all the right reason. A series of clips were released on The Brilliantly Dumb Show’s profile that showed an interview with former Navy Seal, Robert O’Neill, who was the member of Seal Tim Six that assassinated America’s most wanted man, Osama Bin Laden.

O’Neill was asked to describe what he remembered from that exact moment and when it really hit him that he had just killed Bin Laden.

“It hit me after I shot him. Bin Laden was pushing his wife towards me and I was three feet away from him. And I am looking in his eyes and thinking, that’s his nose, that’s him, he is not surrendering, he is a threat,” O’Neill explained. “I’ve got to kill him. I shot him over his wife Amal twice and then once again, and I pulled her towards me because you can sort of tell when there is a threat. And she wasn’t a threat, so I pulled her and as I’m moving her I can hear him taking his last breath, smoke out of his head where I just shot him.

“His 2 year old son is standing there, and I remember looking at this kid as a father and thinking, ‘this poor kids got nothing to do with this.’ So I picked him up, I put her (Amal) on the bed and her son on top of her, and I turn around and other Navy Seals are coming, I am the only guy in the room other than Bin Laden. And I see Navy Seals doing what I call, Navy Seal shit.”

If that didn’t get you fired up enough, there’s also a clip of Robert’s father, Tom O’Neill, explaining the moment he found his son survived the mission carried out to catch Bin Laden in Pakistan.

Check out the full interview with both Robert O’Neill and Tom O’Neill below.