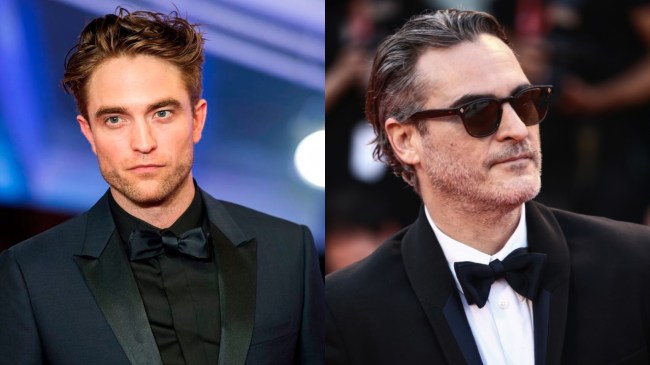 For the first time since being cast as Bruce Wayne, The Batman star Robert Pattinson gave an in-depth interview about the process of becoming the Dark Knight, such as how he personally pursued the role, how he felt about the reaction to his casting, and what it was like to try on the Batsuit for the first time.

However, all of the things Pattinson did say, it appears that what he didn’t say is the most interesting.

At the end of his interview with Variety, writer Ramin Setoodeh noted that a particular exchange between the two about the Joker had to be retracted from the article due to it being a spoiler:

“At one point in our conversation, he offers a mundane comment about Joaquin Phoenix, who stars in Joker (a movie he hasn’t seen yet), before asking to retract it. “Oh s—,” he says, adding that he’s not accustomed to thinking about spoilers. “I definitely should not say that. I’m so used to pretty art-house movies, where you can watch the movie three times and still not know what it’s about.” [Variety]

Now, what exactly Pattinson said could be anyone’s guess. However, because he specifically asked for the quote to be retracted, he must have said something that the powers that be at Warner Bros. did not want becoming public knowledge.

While Joker is meant to be a standalone film outside of the main DC Extended Universe, the timelines of the two characters could possibly overlap. And as IndieWire points out, that’s exactly what fans are theorizing.

As we know, Joker follows failed comedian Arthur Fleck in — and this is very important — 1981 Gotham City. Similarly, given that Pattinson is just 33-years-old, we also know that his version of the Dark Knight is set to be a younger one in the beginnings of his crime-fighting career.

Furthermore, Bruce Wayne himself is set to appear in Joker, albeit as a child (portrayed by nine-year-old actor Dante Pereira-Olson, who was likely about eight when the film was shot). However, considering that Joker will be tracing the genesis of the Clown Prince of Crime, it’s well within reason that he could later cross paths with a grown-up Caped Crusader 15 or 20 years later.

The key to all of is two-fold: when The Batman will take place and how old will Bruce Wayne be in that film. While Pattinson may be 33-years-old, there’s no reason to think he couldn’t portray a 27-year-old, in-the-midst-of-his-rookie-year version of Batman.

So, for the sake of the argument, let’s say that the Bruce Wayne we see in Joker is the same age as the actor who plays him: nine. That’d make him 18-years away from being the aforementioned hypothetical age 27, which leaves us with one final question: could Joaquin Phoenix’s Joker raise terror for close to two decades? And the answer is yes, depending on how old Arthur Fleck is supposed to be in Joker.

Now, whether or not Joaquin Phoenix is willing to go franchise-mode with the Joker is another story entirely.