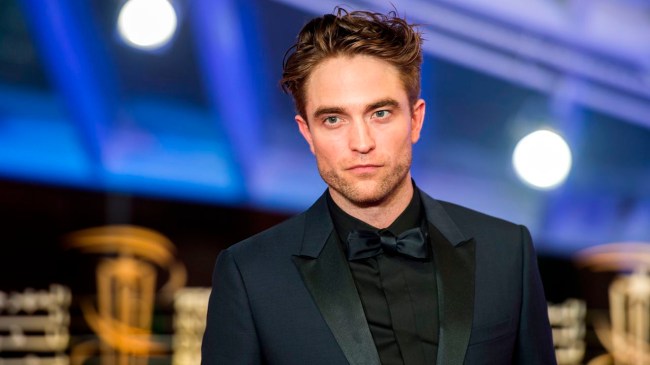 Earlier this year, following Ben Affleck’s departure from the role, news leaked that former Twilight star and frequent paparazzi target Robert Pattinson had been cast in the role of Bruce Wayne for 2021’s reboot, The Batman.

While the uneducated were quick to bury Warner Bros’ casting decision, anyone who has been following Pattinson’s career in the decade following the Twilight series knows that the English actor more than has the chops to take on the iconic role.

Now, with the production of The Batman set to begin next year, Pattinson is becoming more and more open about the role, giving his first in-depth interview about the process of becoming the Dark Knight.

In a wide-ranging interview with Variety, Pattinson discussed everything from his own personal pursuit of the role to trying on the iconic cape and cowl for the first time.

On personally pursing the role of Batman:

“I’d had Batman in my mind for a while. It’s such an absurd thing to say. I sort of had an idea to do it, and I’d been prodding Matt. He didn’t accept any prods. I kept asking to meet him.”

On his reaction to finding out that the news of his casting had broke:

“When that thing leaked, I was fucking furious. Everyone was so upset. Everyone was panicking from my team. I sort of thought that had blown up the whole thing… It was terrifying. I was like, ‘Oh fuck! Does that screw me because they are so intent on secrecy?’”

On trying on the Batman suit for the first time:

“I put it on. I remember saying to Matt, ‘It does feel quite transformative!’ He was like, ‘I would hope it does! You’re literally in the Batsuit.’” Pattinson describes what the moment was like: “You do feel very powerful immediately. And it’s pretty astonishing, something that is incredibly difficult to get into, so the ritual of getting into it is pretty humiliating. You’ve got five people trying to shove you into something. Once you’ve got it on, it’s like, ‘Yeah, I feel strong, I feel tough, even though I had to have someone squeezing my butt cheeks into the legs.’… You’re trying to think of the way to balance, how to bring something new to it and not want to scare people off, and work in the confines of the costume.”

Pattinson is about to have a serious career moment, as he not only won the role of Batman over Nicholas Hoult (Beast in X-Men: Days of Future Past), but is being critically lauded for his role in The Lighthouse (98% on Rotten Tomatoes), is starring in the massive Netflix Shakespeare film The King, and will be playing one of the leads in Christopher Nolan’s next feature film Tenet.

Still just 33-years-old, by the time The Batman hits theaters, Pattinson may very well be in the conversation of being one of the world’s biggest movie stars. Whoever his agent is, they deserve a raise.