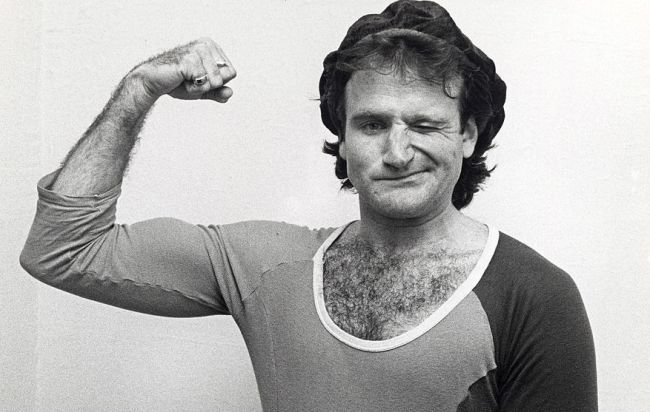 Mac Miller. Anthony Bourdain. Robin Williams. These are the three celebrity deaths during my lifetime that have well and truly affected me, that have made me feel as though I’ve lost someone that I actually knew. Robin Williams especially. Longest book I’ve read in the last, I don’t know, decade or so was Dave Itzkoff’s biography Robin, which was north of 500 pages. I don’t think I’ve read a book that long since I was crushing Harry Potter as a youngin’. My Mom still likes to brag about the fact that I read The Prisoner of Azkaban in one sitting. That was many lifetimes ago, though.

If I had to guess, I’d reckon that my affinity for Robin Williams has to do with when I grew up, which was the glorious late 90s. I tell ya, the 90s look better and better with each passing day we spend in this hellscape reality of ours. At that time, Williams — whose primary skill as a dramatic actor was his ability to imbue his characters with an almost father-like empathy — was starring in movies like Aladdin, Mrs. Doubtfire, Jumanji, and hell, even Flubber. Not only were those films very much geared towards children, but they all allowed Williams to provide the emotional core as the tender father figure at the center of it all. More so than any other actor I’ve watched in my lifetime, Williams felt like an on-screen Dad. It was only in my adult years did I come to learn about the wild, drug-fueled life that fueled the previous decades of his career — knowledge that only further added to his legend, for better or for worse.

Given what I consider to be a genuine love for Williams, whenever his birthday or the anniversary of his death passes, I feel admittedly melancholy, as I’m reminded of the inescapable truth that this world was simply brighter with him in it. Luckily, though, I’m far from alone.

'You're only given a little spark of madness. You mustn't lose it.' pic.twitter.com/XG1I7sUqi1

In honor of his birthday, we're looking back at the film and television career of #RobinWilliams. Which role is your favorite? https://t.co/wPnrYdhD9D pic.twitter.com/9FzQNZBFUe

the way he lit up the screen, and our lives ✨

Robin Williams would have been 70 today. 💙🦋 pic.twitter.com/Sq3zEgOWZ2

Robin Williams winning Best Supporting Actor for his role in Good Will Hunting will always be one of my favorite Oscar moments.

The wonderful Robin Williams would have celebrated his 70th birthday today. His words never fail to move me pic.twitter.com/03IuAFw7EW

#RobinWilliams happy 70th birthday 🎂🎉 i miss you every year and i wish you were here to shine your light on us. But you left us all these beautiful moments to learn from and that i carry with me pic.twitter.com/NJHIVjpbvN

Robin Williams would have been 70 years old today. (📷s by Sonya Sones) pic.twitter.com/PPpqRevA2u

Good Morning, Vietnam (1987) dir. Barry Levinson
Robin Williams #BOTD shines in this comedy drama about a lively DJ who is assigned to a U.S. Army base in Vietnam. Williams would have been 70 today. We really miss this very funny and creative man. 😢🙏❤️🎬#film #cinema #movies pic.twitter.com/8Ibh3GcoIg

The final line of 'Good Will Hunting' — "Son of a bitch, he stole my line." — was ad-libbed by Robin Williams, who would go on to win an Oscar for his performance.

Today would have been Robin Williams' 70th birthday! This one still hits me hard. You are missed, brilliant man. pic.twitter.com/GA4bvp7Wkd

Rest in Peace, Robin. We still miss you and always will.