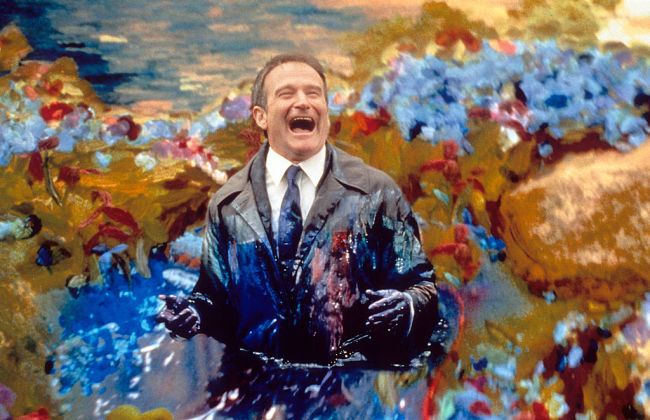 If I’ve said it once I’ve said it a thousand times: no celebrity death to occur during my lifetime has rocked me in the way that Robin Williams’ did. Something about him just felt like a second father, likely due to his combination of 1990s family hits such as Jumanji, Aladdin, and Mrs. Doubtfire and the evident compassion he brought to those roles. Being a kid, it just felt Robin Williams understood us in a way that no other actor seemed to.

Given the otherworldly personality and life story that Williams possessed,  you would think that a biopic about him would be inevitable. The problem is, obviously, that it’s impossible to recreate the magic Williams’ had. Well, maybe not quite impossible, as actor Jamie Costa has recently gone viral for his portrayal of Williams in mock “test footage” for a film about the legendary Oscar-winning actor.

The scene, which takes place in 1982 while he was working on his hit sitcom Mork & Mindy, finds Williams on the morning he learns that his good friend Jon Belushi, who he was just with the night before, had died. The result is unquestionably the best impersonation of Williams that I’ve ever seen.

Rest in Peace, Robin. Still miss ya to this day.

RELATED: Robin Williams’ Private Response To His Wife About What He Hoped To Achieve In Life Is Heroic