This Video Of Rocket Raccoon Being Created With VFX Is Truly, Deeply Disturbing 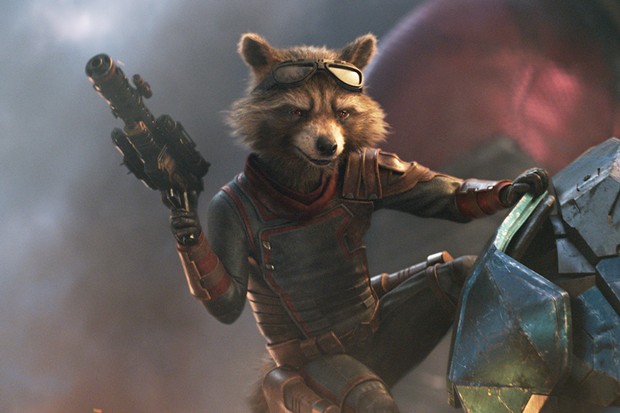 For my money’s worth, Guardians of the Galaxy is the second best movie in the history of the Marvel Cinematic Universe, just ahead of Captain America: Civil War and just behind Avengers: Infinity War (you can find my Top 5 MCU Movies here).

A Star Wars-like space opera for the 21st century, Guardians of the Galaxy was one of Marvel Studios’ biggest risks as — unlike Iron Man and Captain America — the likes of Star-Lord, Gamora, Drax, Groot, and Rocket were truly fringe characters in both the comic books and the consciousness of the movie-going public. Because Marvel is Marvel, though, they not only figured out a way to successfully adapt Guardians of the Galaxy, but the found a way to turn it into one of their best films yet.

No matter how much you love something, though, that doesn’t mean you necessarily want to see how the sausage is made, such as this video of Rocket Raccoon being created with digital effects, which is much more of a horrifying real process than I originally believed.

This #VFX breakdown of #RocketRaccoon will HAUNT my dreams forever. 🦝😱 @JamesGunn @Framestore pic.twitter.com/nEcUG49I4E

Fans of Rocket better not get too attached, as the Bradley Cooper-voiced character may not be around the Marvel Cinematic Universe for much longer, with Guardians of the Galaxy director James Gunn recently teased that a main character is set to die in the upcoming Vol 3. After looking at the arc of the franchise and breaking down the various possibilities, we came to the unfortunate conclusion that Rocket is the most likely Guardian to bite the dust in the eventual third film.

At this time, while no release date is confirmed and Marvel’s upcoming slate of films recently rescheduled, Guaridans of the Galaxy Vol 3. will likely hit theaters in late 2022 or early 2023.

RELATED: James Gunn Confirms That Someone Is Going To Die In ‘Guardians 3’ – Let’s Figure Out Who

RELATED: ‘Guardians of the Galaxy’ Is The Best Sci-Fi Movie Of The 21st Century