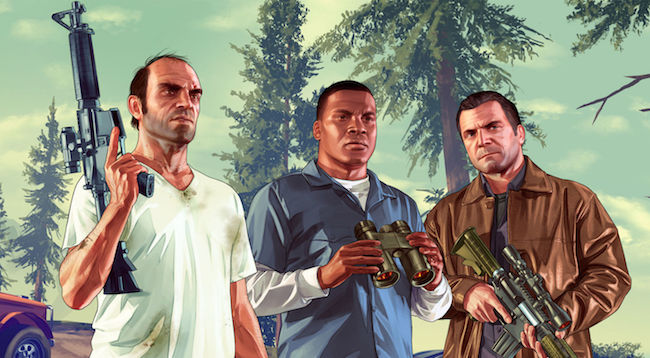 Red Dead Redemption 2 hits consoles this week and one person is very happy that the RDR2 is releasing and not GTA 6 is Dan Houser, the co-founder of Rockstar Games. Houser believes that today’s current political climate would make Grand Theft Auto 6 difficult to parody American culture like the previous chapters of GTA did so extremely well.

Red Dead Redemption 2 is set in 1899 at the end of Wild West and while that was a scary and depressing time period, Houser believes today’s America is even scarier than the lawlessness of the 19th century Wild West as far as creating a video game that mimics American culture.

Houser gave an interview to GQ UK where he outlined the difficulties of parodying today’s America.

“It’s really unclear what we would even do with it, let alone how upset people would get with whatever we did. Both intense liberal progression and intense conservatism are both very militant, and very angry. It is scary but it’s also strange, and yet both of them seem occasionally to veer towards the absurd. It’s hard to satirize for those reasons. Some of the stuff you see is straightforwardly beyond satire. It would be out of date within two minutes, everything is changing so fast.”

GTA 5 took approximately five years to create from start to finish. Think about how much changes in a year, a month, and even a week in this hyper-aggressive political climate. That’s not even getting into the PC police that would attack Rockstar’s flagship franchise for being insensitive in any way.

Houser explains how Red Dead Redemption 2 is able to be released despite these times being ultra-perilous when you want to release a genuine, yet edgy game where everyone gets offended over everything.

“It was oppressive, when you look at what was going on,” House said of the Wild West. “It may be a work of historical fiction, but it’s not a work of history. You want to allude to that stuff, but you can’t do it with 100 percent historical accuracy. It would be deeply unpleasant.”

“This is a time when the women’s movement had begun in its infancy,” Houser added. “Women were beginning to challenge their very constrained place in society, and that gave us some interesting characters. We’re not trying to tap into ‘He’s a black man so he should speak this way, and she’s an Indian woman so she should speak that way’. We’re trying to feel what they’re like as people.”

“Maybe that’s my own idiocy, naivety or delusion about what people are fighting about now; I know that there are some people who believe that the only fiction you should do is basically your own autobiography, but I think that’s really limiting and you can’t tell stories,” the Rockstar co-founder says. “I hope that we’ve found a sensitive way of discussing those issues.”

While we don’t know the exact release date of GTA 6, we do know that Red Dead Redemption 2 will be released this Friday, October 26, for Xbox One and PS4.

RELATED: When Does ‘GTA 6’ Come Out? Here’s Why You Shouldn’t Expect A New ‘Grand Theft Auto’ For A Long Time