When Does ‘GTA 6’ Come Out? Here’s Why You Shouldn’t Expect A New ‘Grand Theft Auto’ For A Long Time 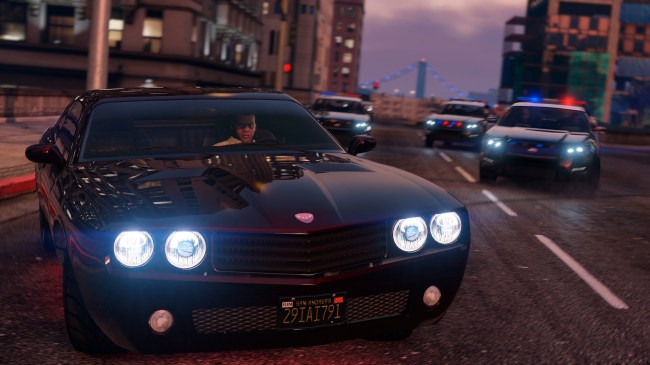 The gameplay trailer for Red Dead Redemption was released last week and it looks tremendous. The highly anticipated Rockstar video game doesn’t come out until October 26 (You can preorder it HERE). But we’re all greedy pigs and we also want a new GTA and we’re already asking, “When does GTA 6 come out? Sadly, we probably won’t get Grand Theft Auto 6 for a very long time.

Since GTA V is one of the most popular video games of all-time so one would surmise that Rockstar would rush out another Grand Theft Auto to rake in truckloads of dough. However, there are a few reasons why we’ll be waiting a long time until we get a new GTA.

For one, Red Dead Redemption comes out in October. Since Rockstar makes arguably the greatest open-world action video games, it wouldn’t make sense for the company to create competition between their best two video games. RDD will be a best-selling game for months after the release, so there is no reason to cut into the sales with another title from Rockstar.

There’s no need to push out a new GTA game because Grand Theft Auto 5 keeps selling. GTA V has been on the top 20 best-selling games in the U.S. every month since it debuted nearly five years ago except for October of 2014 when it was only #21. GTA 5 was released on September 17, 2013, and is approaching 100 million units sold to date. GTA 5 is the third best-selling game of all-time behind Tetris and Minecraft.

One of the reasons why Grand Theft Auto isn’t declining is because GTA Online is awesome. Rockstar has invested a lot in GTA Online and it has paid off immensely. The online version of the third-person game breathed new life into the 5-year-old game. Rockstar said that GTA Online had more players in December 2017 than any previous time. So with nearly 100 million copies sold, there’s a ton of gamers playing the online version.

It takes so much time for Rockstar to perfect the massive open-world game. Grand Theft Auto III launched in 2002 and Grand Theft Auto IV didn’t arrive to gaming consoles until 2008, and Grand Theft Auto V wasn’t released until 2013. Now with better graphics and more evolved gameplay, creating new games takes longer than ever. Rockstar definitely doesn’t want to spread their talent and resources thin to create a new GTA and Red Dead Redemption.

Rockstar would be smart to delay releasing a new GTA game until Sony and Microsoft unveil their new gaming consoles. The new Xbox gaming system codenamed “Scarlet” is said to be available in 2020. The PS5 is expected to be released in 2019 or 2020. So sadly, we should not expect GTA 6 until 2020. So enjoy the hell out of Red Dead Redemption until then.