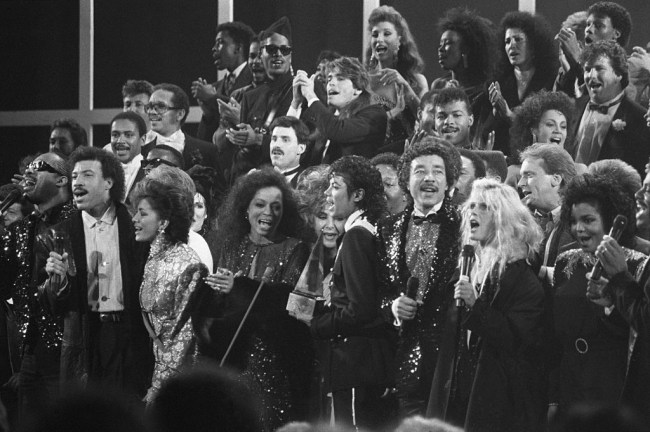 The internet is ripping Rolling Stone magazine apart over their “100 Greatest Singers of All-Time” list because arguing over subjective topics is what the internet specializes in.

It should be clarified that this “Greatest Singers of All-Time” list originally published in the November 27, 2008 issue of Rolling Stone. So that could explain why newer singers such as Adele, Lady Gaga, and Amy Winehouse did not make the list.

Rolling Stone says that the vocalist rankings were made by “a panel of 179 experts.” The panelists formed the list by rewarding singers who had “expressivity, surprise, soul, grain, interpretive wit [and] angle of vision.”

However, music enthusiasts had big problems with Elvis Presley at #3, John Lennon at #5, and Bob Dylan at #7.

Do we want to make Twitter crazy, and highlight the fact, no way in hell Elvis should be that high?!?

Bob Dylan was an awful singer -_-

Lennon and McCartney had no vocal range, trickery, or upper level control. They shouldn’t even be in the top 50… and Mike Jackson and Mercury are rated far too low and with Prince and Whitney should make up the top 5 vocalist of all time. What kind of non-seasoned foodie made

The real problem with that Rolling Stone list is that it jumbles two very different things. Some are ranked for their tonal/technical virtuosity as a singer, while others (cough Bob Dylan) are ranked for impact/influence, which is completely different

Many people were mad with the rankings of singers who they thought should have been higher on the list including Freddie Mercury (18), Micheal Jackson (25), Prince (30), Whitney Houston (34), Dolly Parton (73), and Mariah Carey (79).

I’m sorry but how on earth does Whitney Houston rank at only 38 on this list?

Whitney Houston at number 34. On a Top 100 singers of all time list…

imagine not having whitney houston and mariah carey in the top 3…..not even in the top 5 or top 10 or top 20 either?

rolling stone is trash, and that's why this list is such a disgrace to humanity. https://t.co/JPf8zKqhSR

This is serious clickbait; Mary J Blige and B.B. King below Tom Waits? Kurt Cobain above Patsy Cline? John Lennon above Paul McCartney, Stevie Wonder and Al Green? I'd say this list reflects all problems w/sexism and race that rock and Rolling Stone have exhibited over the years. https://t.co/fEQKHyAlEj

When Rolling Stone said “singers” they meant “artists” … cause a Top singers list without Chaka Khan is criminal.

That Rolling Stone list is such trash. In what world is Whitney Houston in the 30s on anyone's list? Y'all didn't even put Sting on the list but there's a Kurt Cobain? #HowSway

the only thing they got right is Aretha on the top

Everybody talking about Bob Dylan being so high on this rolling stone vocalists list but what about how they bleeped “cock” out of #97? pic.twitter.com/Ku5D5sjWIU

Half of these aren’t even singers

Thank u for censoring Joe Cocker, we can’t have ppl looking at smut like that.

Rolling Stone should stop making lists. They're really bad at it.

People getting angry about a Rolling Stone greatest singers list from 2010. If you’re going to tweet about that, you should really be going to the internet cafe to do it, and make sure you post it on MySpace too.