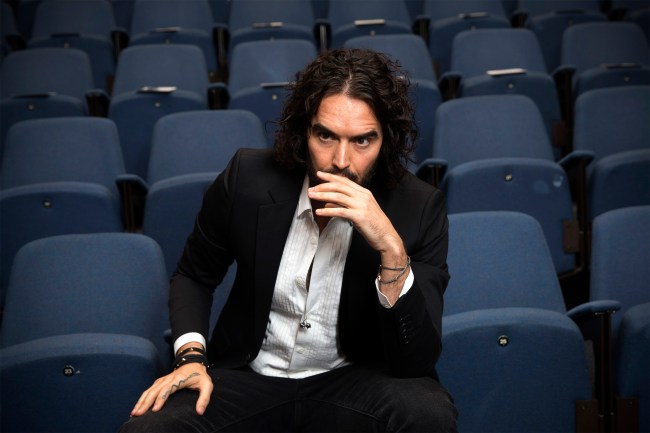 On Monday, the 44-year-old comedian announced he was canceling his sellout show in Perth, Australia after a woman who watched the West Australian Symphony Orchestra at the Perth Concert Hall on Saturday received a positive test for COVID-19.

We have to SADLY CANCEL TONIGHT'S SHOW IN #PERTH because there has been a CONFIRMED CASE OF CORONAVIRUS in someone who attended a recent show and I am not happy with risk for me or for any of you. My apologies, I hope I see you soon. 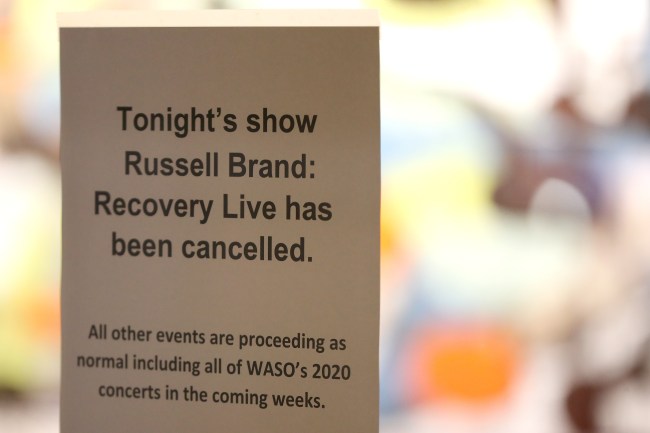 On the same day, a Quantas Airways passenger traveling from Brisbane to Perth reported Brand  ’caused a scene’ and stormed off the plane after his seating situation wasn’t up to par.

‘He gets on and he’s being a bit rude. He was complaining about the plane and how close he had to sit to someone else,’ he claimed.

‘He started complaining about the seat and the quality, it wasn’t what he was expecting.’

‘He was causing a bit of a scene. They [the flight attendants] weren’t too happy with him, he was clearly being a bit rude,’ he claimed.

Trevis claims three separate flight attendants spoke with Brand in efforts to appease him, but to no avail. Brand reportedly went to the bathroom after a passenger sat down next to him and then walked off the flight.

According to SkyTrax, Quantas is a four-star airliner with four stars in both seat comfort/personal space and seat cleanliness.

This behavior is uncharacteristic of today’s Russell Brand, who has been sober for 18 years and is really prospering in the role of Enlightened Philosopher.

"…the only thing that matters to any of us is love." pic.twitter.com/wLx4pCghwP

The only two things of value in life are love, and not allowing any common swine to sit next to you on an airplane because you could potentially be one of like three people under the age of 90 killed by coronavirus.