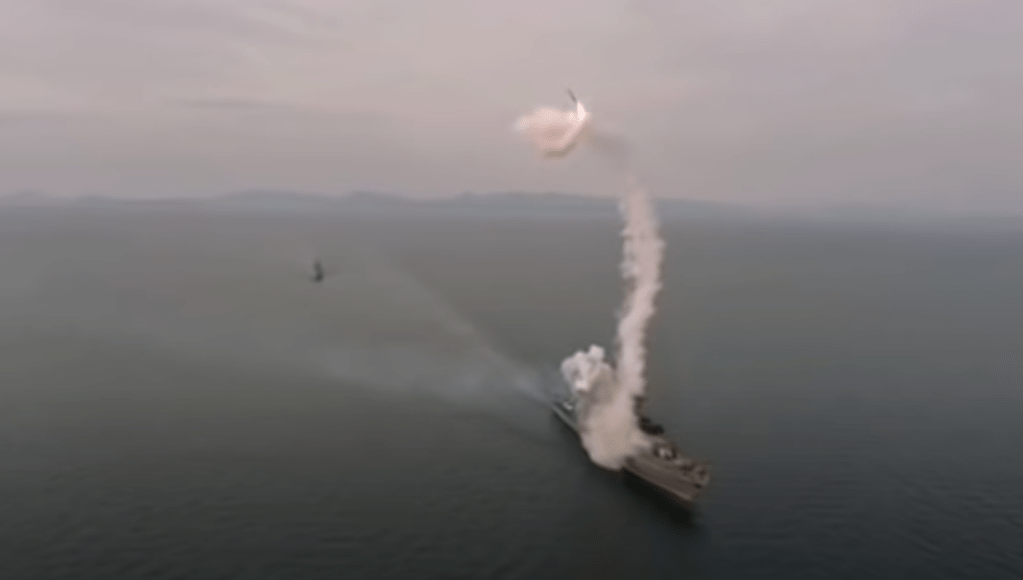 You know those scenes in movies where everyone’s hammered and they find some lawn darts and throw one into the air while everyone scrambles below trying to avoid the lawn dart? Well, this reminds me of that.

Thus video leaked on Russia’s Telegram and has since gone viral after making its way to YouTube. I stumbled across this clip over on The Drive where they state that this is a Russian Navy Project 1155 Udaloy class destroyer test firing a Kalibr cruise missile.

It’s not exactly clear as to when this was filmed, according to The Drive. The ship named Marshal Shaposhnikov just recently rejoined the Russian Navy fleet after undergoing some upgrades.

The Russian Navy released official footage of a successful Kalibr cruise missile on April 27th and the footage looks very similar to the clip above of the failed launch so it stands to reason the two events took place on the same day.