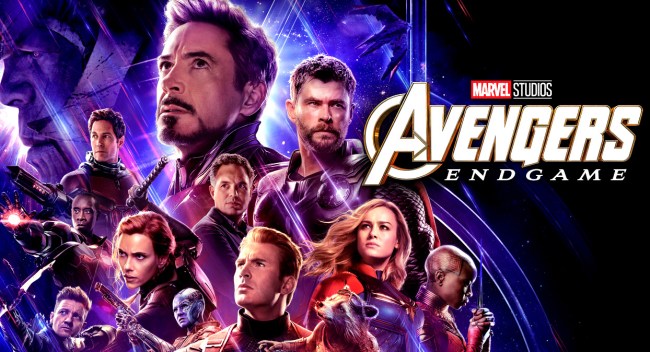 Can you believe it’s been over a year since we’ve seen a new Marvel Cinematic Universe film? That’s right, the last MCU film to hit theaters — and the 23rd overall — was Spider-Man: Far From Home, which dropped last July.

Due to our current global situation, the release of Black Widow — along with essentially every other new movie in existence — was delayed, thus making Far From Home and Avengers: Endgame the most recent — and therefore the still the freshest in our minds — MCU films.

Given its time-travel nature, Avengers: Endgame was unlike anything we’d seen in the Marvel Cinematic Universe, as it effectively served as a walk-down-memory-lane for the entire franchise. When asked about the process of turning Endgame into that sort of looking-back film, the Russo Brothers said that decision was made early in the process.

“That was early in the process. We had a sense of what we were going to do in those films before Markus and McFeeley started scripting them. We certainly knew what the outbreak was going to be between the two films and then we contemplated all the ways you could go back and do what Thanos had done. Time travel seemed to be the most interesting, we’re all obsessed with Back to the Future — it’s one of our favorite films,” Anthony Russo said.

“It seemed, conceptually, to be the most interesting approach because it allowed us to revisit story points. No one had ever done this 10-year-long narrative that Marvel had done. Also, with collecting new fans along the way, we knew there’d be people who perhaps had never seen any of the other films, so we thought it would be an interesting way to address all of those issues.”

Making a movie that delivers on a decade-worth of hype certainly isn’t an easy task, and yet, with their time-travel strategy, the Russo Brothers were not only able to look backwards at the franchise’s past, but epically set up the MCU’s future (which will, hopefully, one day feature Secret Wars).