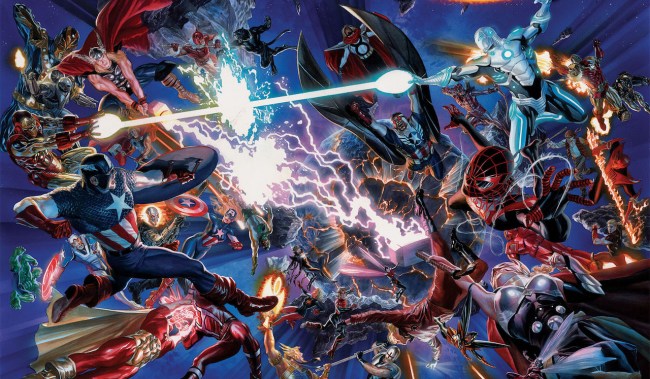 Just a day or two before news broke that the pair would be directing Chris Evans and Ryan Gosling in a $200M Netflix spy-thriller franchise titled The Gray Man (back in July), I was lucky enough to have a chat with Anthony and Joe Russo, the directing duo behind instantly iconic Marvel Studios films such as Captain America: The Winter Soldier, Captain America: Civil War, Avengers: Infinity War and Avengers: Endgame.

Obviously, as an unabashed comic book nerd, I couldn’t let my interview with the Russo Brothers come to an end without asking them about Secret Wars, the iconic Avengers arc that the duo has always cited as the potential story that could bring them back to the Marvel Cinematic Universe.

“You know, I read that when I was 10 or 11, and it was the scale of getting all of the heroes together. It was one of the first major books to do that — that was really event-storytelling to me at its finest. And what happens when you put all of those personalities together,” Joe said.

“I also like the idea of villains having to team up with heroes. Anth and I like complicated relationships between heroes and villains, we like villains who believe they’re heroes in their own stories, so it’s all sort of built into this notion of Secret Wars. To execute something on the scale of Infinity War was directly related to the dream of Secret Wars, which is even larger in scale.”

Anthony was equally as bullish about the idea of a Secret Wars film, saying that it’d be the biggest movie you could possibly imagine.

“It would be the biggest movie you could possibly imagine, so that’s what really excites us about the story — the ambition of it is even bigger than the ambition of the Infinity Saga,” the elder Russo claimed.

Given that the Marvel Cinematic Universe just completed their first-decade-long-megaevent last summer, if we ever do get to see Secret Wars, it probably wouldn’t be for, at least, another five-years or so.