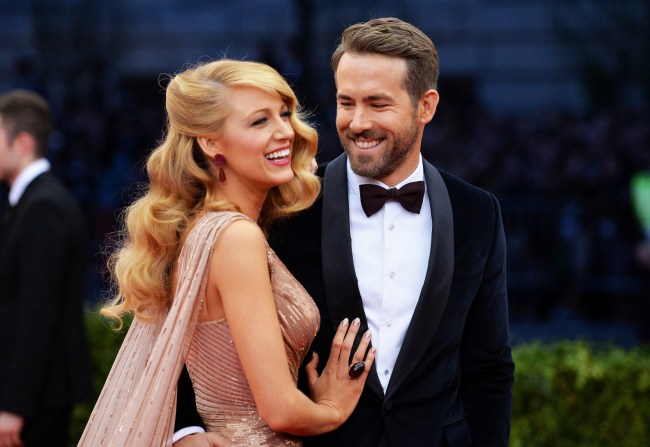 Ryan Reynolds is the co-owner of Aviation Gin, an American-made gin company. Have you heard?

I only learned this just yesterday when Ryan Reynolds was a guest on Fallon where he spoke with Jimmy about how he discovered the gin while shooting on location in Vancouver.

He kept ordering Negronis (Gin + Campari + Vermouth) at some restaurant and claims it was the best cocktail of his life. Eventually, he got around to asking the bartender what gin he was using and he discovered Aviation Gin. Ryan did some research and found out it was rated at 97-points and award-winning. From there, he contacted the founders and bought in as an owner.

Flash forward to present day and Ryan Reynolds is now the co-owner of Aviation Gin and an active employee in the company to the degree that he takes meetings, hears pitches, and has an ongoing role in spreading the good word of Aviation Gin.

That was on display two nights ago when Ryan was a guest on Fallon, and it appears as if he did such a good job at promoting Aviation Gin that he crashed the company’s email servers and forced his IT team to stay at work late.

This caused some fellow Aviation Gin employees to troll Ryan on Twitter, here’s how it all went down:

.@AviationGin has had a lot of attention lately. 20,000 daily emails crashed our servers. I had no idea we had an IT Department until an hour ago. They seem super sober.

Super Sober, Bill couldn't receive his confirmation for restaurant reservations while Tony only communicated with his blind date via company email (obviously an issue being brought up with HR). They'll be burning the midnight oil.

Expenses are due the 5th of the month. You and @VancityReynolds are late. And Ryan not all of your expenses can have the description “I’m the owner, bitch” like last month

Just a little fun between fellow employees. I look underneath the hood here and I see less complaining about having to work late and more enthusiasm about the overnight interest in their company caused by Ryan Reynolds taking Aviation Gin on Fallon.

One fan asked Ryan to describe how Aviation Gin actually tastes and in true Reynolds fashion he gave a witty response:

Off the top of my head? I dunno. If heaven and laughter made a baby while watching Titanic. But wetter. https://t.co/E77mzzJ1Sc

I’m sold. If that Twitter embed isn’t loading for you for whatever reason, here’s what he had to say: “Off the top of my head? I dunno. If heaven and laughter made a baby while watching Titanic. But wetter.”

I’m suddenly filled with the desire to shut down my computer for the rest of the day and start drinking Negronis ASAP. Though, I’ve been filled with that desire almost every day for the past 5 years so that’s not really saying much. But I will concede that Ryan Reynolds is pitching Aviation Gin pretty masterfully.