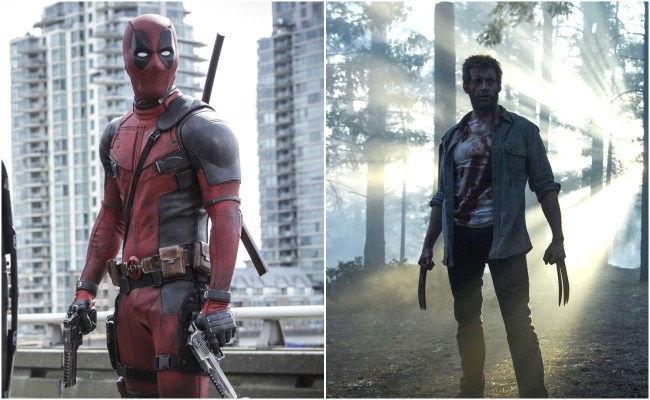 Before we dive into this one, we gotta do some housekeeping. To be clear, while these claims come from Deadpool himself Ryan Reynolds, similar to the Merc with a Mouth, he’s sort of an unreliable narrator, so anything he says should be taken with a grain of salt.

Now, that said, the context in which Reynolds made this claim is equally important and gives weight to the possibility he’s telling the truth. The aforementioned context is that in a tweet with the hashtag #BellLet’sTalk —  an awareness campaign created by Bell Canada in an effort to raise awareness and combat stigma surrounding mental illness — Reynolds revealed that the original plan for Deadpool 3, prior to Disney’s purchase of Fox, was to have Wade Wilson and LOGAN go on a road trip. Yes, Logan.

It’s critical to have open, honest and healthy discussions around mental health. By retweeting #BellLetsTalk you can make a difference. In case that’s not enough, before Disney bought Fox, Deadpool 3 was gonna be a road trip between Deadpool and Logan. Rashomon style. For real.

Gun to my head, I think Reynolds is being legit here. Yes, the dude is known for his subversive sense of humor, but he’s also known for his general decency, and making a joke in a tweet about mental health just doesn’t seem to be his style.

So, now that we’ve parsed through the evidence and confirmed its validity, allow me to be the first to saY… FUCK! This woulda been great! What a HUGE missed opportunity. While Deadpool 2 came out after Logan, it’s set earlier in the timeline (remember now, Logan was set in 2029, so it would’ve made sense narratively). And given Hugh Jackman’s genuine love for both the Wolverine role and Reynolds himself (and, of course, money), there’s no reason to believe he wouldn’t sign up for something like this, especially since it would allow him to explore a new, more comedic side of the character.

And as for what Reynolds means by Rashomon style, that’s in reference to the iconic 1950’s Japanese thriller Rashomon, in which a murder is described in four contradictory ways by four witnesses. Essentially, Wade and Logan would’ve been telling two different stories, each from their own perspective. Man, what a miss.

Luckily, Deadpool 3 IS still happening and will REMAIN Rated-R, which is sure to be a first for the Marvel Cinematic Universe, making it all the more enticing.