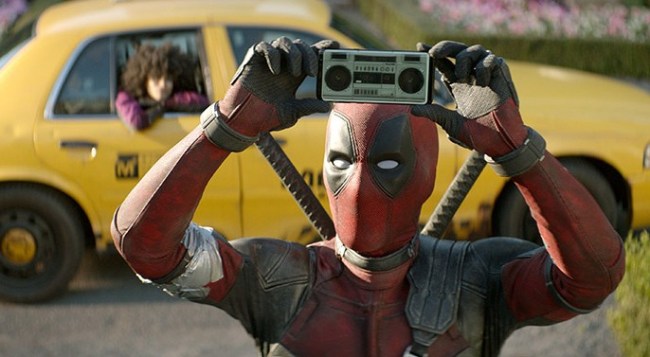 Some of those opinions are good. 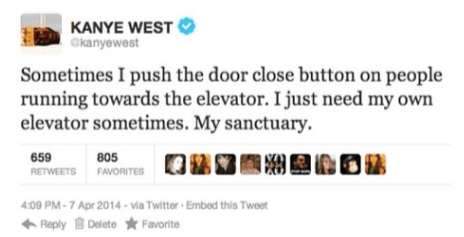 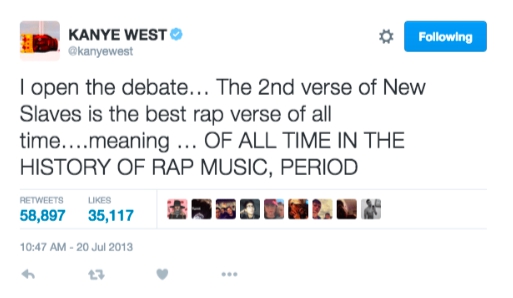 Some are very bad.

Kayne’s latest passionate opinion centers around the Deadpool franchise, one which he adores. Kanye tweeted the below to his 28.4 million followers.

“I love both Deadpool movies. I heard tracks in it that sound similar to mine… bro I would have cleared my music for Deadpool.”

“Your guys writing and approach is so innovative,” he then added. “I love how you guys break the 4th wall… thank you for being innovative and please know I’m down to clear next time.”

Page Six reports that the music from Deadpool 2 consists of “tracks by Skrillex, Diplo and Tyler Bates, as well as Dolly Parton classic “9 to 5,” “We Belong” by Pat Benatar, “In Your Eyes” by Peter Gabriel, “All Out of Love” by Air Supply, Cher classic “If I Could Turn Back Time” and “Ashes” by Céline Dion.”

Deadpool star, producer, and co-writer Ryan Reynolds responded to Kayne’s tweet about the movie’s music sounding similar to his in typical sharp-witted fashion.

Agree. I’m having a word with Celine Dion. https://t.co/NnMSBBNA9k

This isn’t the first time Kayne has given a poignant movie review. Check out his assessment of Tron that would make Ebert and Roeper jealous. 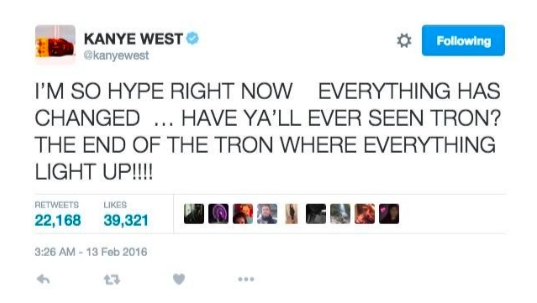 Kayne’s the dude to clap in a movie theater when the credits roll.