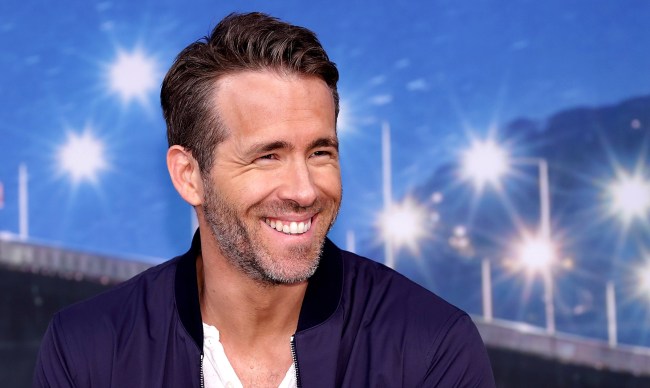 As you may or may not recall, a bunch of actors with ties to the Marvel Cinematic Universe started up a fantasy football league in 2019 with each participant is playing for a charity of their choice.

The trash talk between people like Ryan Reynolds, Karen Gillan, Chris Pratt, Chris Evans and company has been very entertaining to watch unfold over the past two seasons.

In 2020, there has been a few changes as Pom Klementieff has joined the league along with Chris Hemsworth, and Shang-Chi star Simu Liu, replacing Jordan and Teller.

And while there has been a lot of great trash talk being conducted again this year, once again it’s Ryan Reynolds who takes top honors.

Or, well, I should say, his mom Tammy Reynolds, actually, who went in on “everyone’s least-favorite Australian” Chris Hemworth this week.

To my fellow @agboleague superhero fantasy football players. I don’t trash talk. Even if it’s “required”. Even if it benefits the astounding work of @sickkids hospital. Disparaging others isn’t what heroes do. I was raised to treat friends with respect. #ChrisHevansprine. pic.twitter.com/a6XsNvsRwt

It looks like after Simu Liu created an epic diss track for Reynolds last month he decided he had to step his game up.

Surprisingly, Pom Klementieff is also very proficient in the art of talking smack as well, as she too went after Hemsworth recently, with a little help from none other than Tom Cruise.