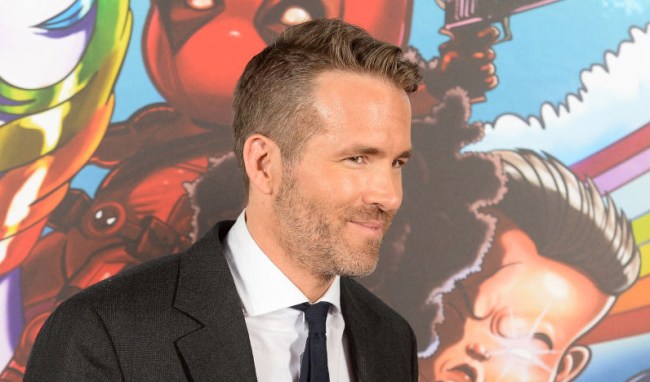 Ryan Reynolds is at it again on Twitter, this time taking aim with his trolling expertise at Paddington. As in the bear. The fictional bear.

After receiving a nomination for a both Male Movie Star of 2018 and Action Movie Star of 2018 for his work on Deadpool 2, Reynolds jumped on Twitter to express his gratitude. And pick on Paddington the fictional bear, whose sequel was also nominated for Best Family Film.

“So honored by all the @peopleschoice noms,” wrote Reynolds. “Hope you vote for Deadpool 2 and feel free to write us in for best Family Film. Because watch your fucking back, Paddington.”

So honored by all the @peopleschoice noms. Hope you vote for Deadpool 2 and feel free to write us in for best Family Film. Because watch your fucking back, Paddington.

Not taking this threat lying down, Paddington (the fictional bear) fired back at Reynolds with a tweet that read, “#hardstare.”

Hugh Bonneville, who plays Mr. Brown, the fictional owner of Paddington, had the bear’s back.

Reynolds has yet to reply, though he did post a nice tribute to the legend Burt Reynolds.

He did it first. And best. And naked. #BurtReynolds pic.twitter.com/3HN5XsPXM6

As for the reactions to this oddly entertaining little beef between Deadpool and Paddington, people definitely picked sides.

oh Deadpool beware |
for if you mess with the bear |
you get the hard stare#hardstare pic.twitter.com/NDwJuKexUb

I've heard Paddington has a dark side. See how he drinks tea straight out the teapot…. Savage. Watch yourself Reynolds. pic.twitter.com/93XSeucfok

He thinks he’s being cute and funny. But he shouldn’t mess with Paddington like that.

Haha! Deadpool 2 is definitely the best Family Film! You deserve all the noms and Paddington just totally deserved that. 😂

Yeah that furry fucking asshole has had it too good for too long! Nom nom marmalade sandwich my ass

So dark. Are we sure Paddington is not from the DC Universe?