Fan Asks Ryan Reynolds For Yearbook Quote, He Delivers As Only He Can 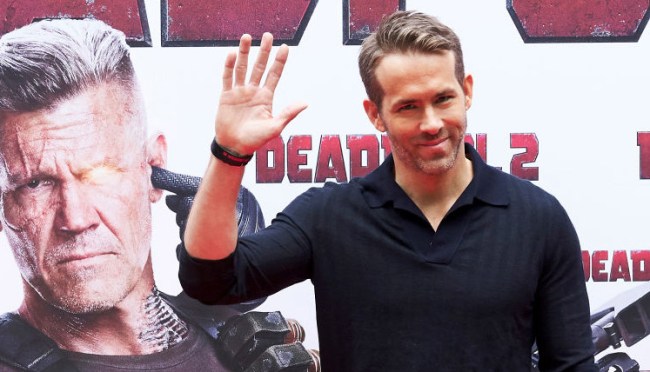 If there is one thing we know about Ryan Reynolds it’s that he rarely passes up a golden opportunity to make a funny crack on social media, and especially on Twitter.

This is a fact that most of his fans are well aware of, which means that Reynolds gets inundated with folks trying to bait him into saying something funny. And occasionally, it works!

Such was the case with a young man named Mike who asked Reynolds, very harshly I might add, for a yearbook quote, writing, “GIVE ME A SENIOR QUOTE BITCH I HAVE A DEADLINE.”

GIVE ME A SENIOR QUOTE BITCH I HAVE A DEADLINE

Amazingly, Reynolds not only replied he replied the same day with a pretty solid quote, “Satan is gonna take it from here.”

Satan is gonna take it from here. https://t.co/I4oBU5A6of

Fast forward to May and yep, there’s Mike with Reynolds’ quote published in the yearbook right next to his face.

finally got my yearbook. thank you king. 🙏🏼 pic.twitter.com/EiJYk1lPMn

Even better, a couple of months later, Reynolds also replied to that tweet with yet another solid quote, “Wall Street is gonna take it from here.”

Wall Street is gonna take it from here. https://t.co/46I6OwETFp