Fox News Contributor Has No Clue Why Everyone’s Making The Same Joke About The 69-Hour Govt. Shutdown 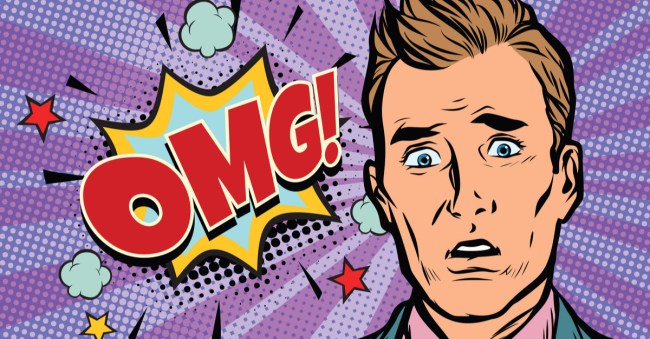 In case you missed it, which would mean you literally just got on the internet for the first time this week, the government was shut down for 69 hours this week.

On Monday night, President Donald Trump signed a bill reinstating government funds until February 8th. Of course, we may have to just go through this all over again in three weeks, but for now the government is back up and running.

As Vox points out, “Congress has only bought itself a little more time. The idea is that they will cobble together a deal on immigration and more permanent government spending in the weeks ahead. But that won’t be easy. So far, Trump has been presented with one bipartisan proposal on immigration and shot it down.”

All that being said, the internet was really only focused in on one thing: the fact that the government was shut down for 69 hours.

Naturally, that required every single person on Twitter to make the same “nice” joke. It’s actually a law now I think.

And on and on it goes. Pretty sure of the four-thousand-plus comments, 99 percent of them are some version of “nice.”

One person who must not have gotten the memo was a man named Christopher J. Hale, a self-described Fox News contributor and TIME columnist. Apparently they don’t make “69” jokes at those organizations so he asked the internet for help.

Why is everyone responding "nice" to this? https://t.co/ywfztazuUa

Are you new here?

Because of course it did.

Luckily for Christopher, someone actually came through in the clutch with the answer he was seeking.

Because we all typed 58008 into our calculators at one point.

Chris it is bc there's a sexual position called '69" where both lovers sexually please each other orally. The number has since become a meme, like 420 (thats a weed number, not a sex number). Regards,

Too bad Hale hates the New England Patriots so much.

God is rooting for the Eagles over the Patriots in the Super Bowl, because God is good and just.

Sometimes I dislike the Patriots as much as the Russian regime.

Because we know a guy who would have been more than happy to help him figure it out.