Samuel L. Jackson Is None Too Thrilled That Jonah Hill Holds The Record For Most Curse Words In Movie History 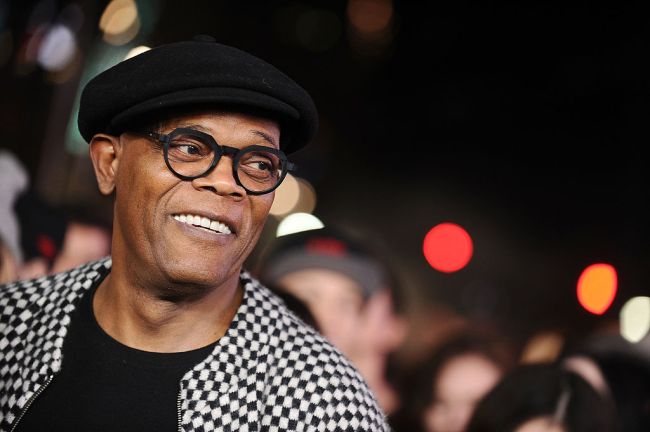 While Samuel L. Jackson may be synonymous with the glorious delivery of curse words in movies, he somehow isn’t the record-holder for most swear words in movies history, as that title actually belongs to Jonah Hill, who is 35-years-younger than Jackson.

“Who won?” Jackson asked Jimmy Fallon on The Tonight Show when the record for most swear words was brought up. When Fallon told him that Jonah Hill had taken the crown, the 73-year-old acting legend had a predictably on-brand Samuel L. response:

–@SamuelLJackson ranks third on the list of actors with the most onscreen curses. #FallonTonight pic.twitter.com/8WsIdcnUOK

Despite the fact that Jackson has been acting for essentially the entirety of Hill’s life, the reason the two-time Oscar nominee holds the record over Samuel L. is thanks to his raunchy performance in The Wolf of Wall Street:

Hill, for the record, was equally amused by the study released in 2020, at the time thanking The Wolf of Wall Street director Martin Scorsese “for pushing me over the edge” with his filthy-mouth dialog in the 2013 film.

That “team of scientists” Hill referenced is actually research group Buzz Bingo, which produced an analysis called “Profanity On Film,” according to The Wrap’s report. The study found that Hill had used “bad language” 376 times in films, compared with the famously foul-mouthed Jackson’s record of 301. [via Huffington Post]

While Samuel L. may not be the most swearing actor in history, he does hold a far more important title, and that’s the highest-grossing actor in the history of movies, as his films have earned $27 billion worldwide. Not too shabby of a record to hold if I do say so myself.

RELATED – Samuel L. Jackson Rips The Oscars For Never Giving Him An Award: ‘I’m The Guy Who Says S–t That’s On A T-Shirt’