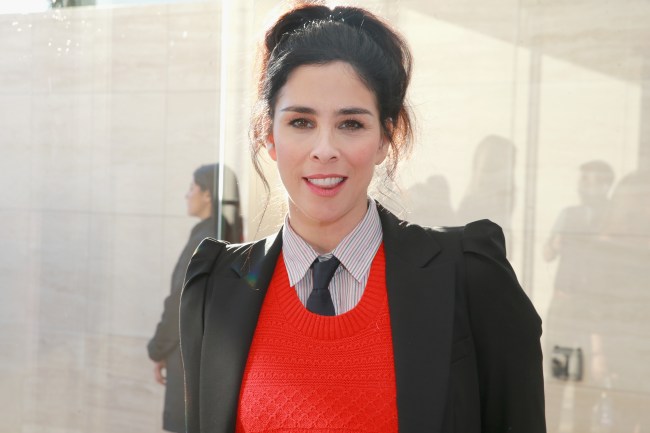 The precarious thing about the world wide web commonly known as the internets is that there are very little consequences for the actions of the masses. The interweb is the Wild Wild West in that I can call Mike Tyson a baby back bitch with zero fear of retribution. Insults on the web are like punching a handcuffed person and often times, they say more about you than the person your flinging insults at.

I’ve worked on this beast for a couple years now, and I can’t tell you how many insults I’ve received. Some of them I still think about in the shower: “How did that guy from Alabama with webcam profile picture know I have a micro-penis?,” I ask myself, sobbing. Here are a couple of the insults I got on just one article.

A lot of times, the trolls just want to be heard. Want to know that they’ve gotten to you. And that’s what happened when a 32-year-old guy named Jeremy randomly called Sarah Silverman a ‘Cunt’ on Twitter. No context. Just pure vitriol.

The most common path here is for Sarah to call this guy a a dickless jackwagon, or something to that effect. But, the comedian swung the other direction in a very big way.

I believe in you. I read ur timeline & I see what ur doing & your rage is thinly veiled pain. But u know that. I know this feeling. Ps My back Fucking sux too. see what happens when u choose love. I see it in you.

Jeremy then explained that he’d been assaulted at 8 years old and found it impossible to choose love over hate. He also stated “I’m poor so it’s hard to get help.”

I will go. But I trust no one I've been burned so many times. I'd give the shirt off my back and everytime I get burned. I'm super antisocial. I have no friends. I'm sorry I gave u shit.

Silverman put out a call for help in San Antonio for Jeremy, asking if anyone could help him with his back issues.

Jeremy went for a consult and it’s worse than we hoped. If you’re so inclined, help get him on his feet and working again.
He’s in San Antonio if you’re an actual expert that can help with ur skills.. https://t.co/M61SdGWZh9

Silverman shared a link to his GoFundMe to help Jeremy raise money for back treatment. He was looking to raise just $150, at the time of me writing this, he’s raised over $4,500.

Jeremy told MySanAntonio.com that Silverman had offered to pay for his medical treatment and he had undergone a MRI that revealed he was suffering from five herniated discs in his back.

He told MySan Antonio.com: ‘I was once a giving and nice person, but too many things destroyed that and I became bitter and hateful. Then Sarah showed me the way. Don’t get me wrong, I still got a long way to go, but it’s a start.’

I can’t believe I’m saying this, but the internet can be a good place.