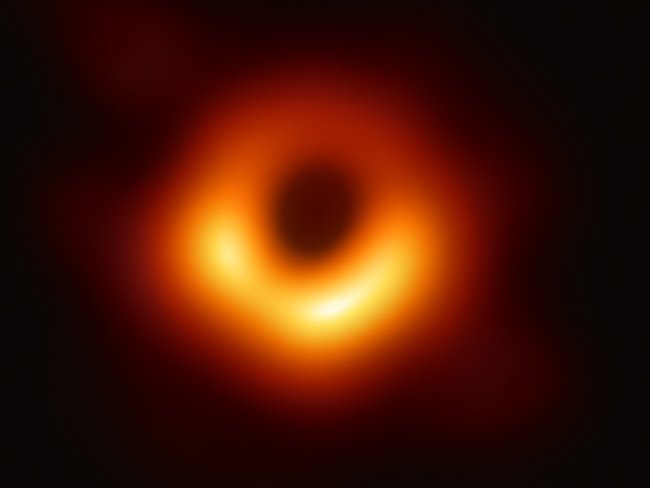 This week, the first ever image of a supermassive black hole was introduced to the world.

The celestial phenomena had previously yet to be captured by mankind because it would need an earth-sized telescope dish to even attempt it. The largest telescope dish in the world is just a 1,000 feet in diameter.

So how was one of the great scientific breakthroughs of our era made possible?

By the work of a 29-year-old MIT graduate and computer scientist named Katie Bouman.

Dr. Bouman, who is a postdoctoral researcher at the Harvard-Smithsonian Center for Astrophysics, led the development of a computer program she began in 2013 that ended up creating the algorithm that rendered the historic image. When she began the project, she knew nothing about black holes and understood the immense challenge of capturing something that is 55 million light years away and as small as a black hole, comparing it to trying to take a photo of “an orange on the moon.”

Bouman claims that she and her team of scientists at Event Horizon Telescope took eight telescopes, in locations ranging from Antarctica to Chile, that were already built for other purposes and merged them together into one computational telescope. It took 200 scientists and Bouman’s algorithm, which converted data from the telescope network, to capture the historic image.

1969: Margaret Hamilton alongside the code that got us to the moon.

2019: Katie Bouman alongside the data that got us to the black hole. pic.twitter.com/ew8iWlE6ss

Dr. Katie Bouman, who led the creation of an algorithm that helped capture the first ever image of a black hole, tells us what this breakthrough means for science 👩‍🔬 #EHTBlackHole #BlackHole pic.twitter.com/ckwqoibFKl

“You have probably seen many, many images of black holes before. But they were all simulations or animations. And this [image] is precious to all of us, because this one is finally real.”

“It has a mass 6.5 billion times that of the Sun. And it is one of the heaviest black holes that we think exists. It is an absolute monster, the heavyweight champion of black holes in the Universe,” Falcke said at the European Research Council’s news conference in Brussels. “What we see is larger than the size of our entire Solar System.”

Props to Dr. Bouman. Now if she can direct her energy to finding out what happens to socks when they enter the dryer, that’d be great for me personally.