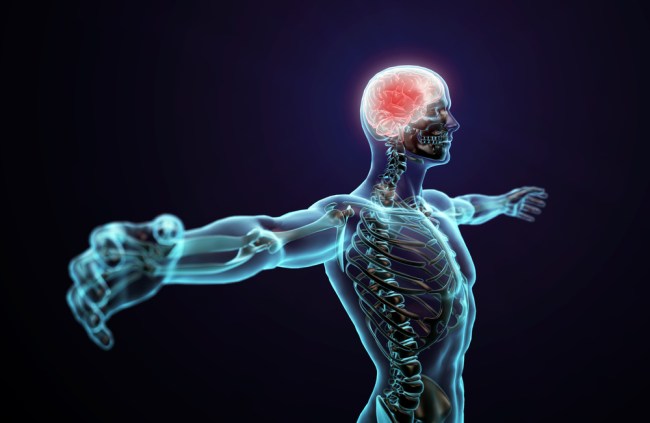 Scientists have discovered a new organ in the human body that could be the largest. The exciting discovery could help explain how cancer spreads throughout a human body. Scientists are calling the newfound organ the “interstitium,” a large organ that we never knew we had. The crazy part is that it was right under our skin.

Researchers from New York University’s School of Medicine found the new organ and the discovery was published in a new study published in the journal Scientific Reports. The scientists believe the interstitium could be the largest organ in the human body because it is just below the skin’s surface and covers many things. The network of interconnected compartments covers arteries, veins, blood vessels, fibrous tissue between muscles. It also lines the body’s digestive tracts, lungs, and urinary systems.

The squishy, mesh-like organ has compartments that fill with fluid and are flexible. The organ, which was hidden in plain sight, is made from a strong protein called elastin. Originally, scientists thought the interstitium was simply dense connective tissue or a wall of collagen. Scientists stumbled upon these “open, fluid-filled highway” of compartments by examining living tissue by using a tiny probe and utilizing a technique called confocal laser endomicroscopy. The first place they noticed these unusual compartments was when taking a microscopic look at a bile duct.

Neil Theise, a professor at NYU’s School of Medicine and author on the paper, was curious about where extra lymph was going to. “You’re talking about the remaining extracellular fluid that’s unaccounted for, Theise said. Lymph is a fluid that contains infection-fighting white blood cells that moves throughout the body’s lymphatic system and supports immunity. “It’s like a shock absorber,” Theise says of the interstitium. “Not a hard, stiff material.”

Besides giving the body an added layer of cushion, researchers found evidence that cancer cells from tumors could spread throughout the body via the interstitium. “Can we detect [disease] earlier by sampling fluid from the space? Can we figure out mechanisms to stop spread?” Theise asks. Understanding the interstitium could lead to better diagnosis and treatment of cancers as well as other diseases. With the hundreds of years of medicine and studies of human anatomy, its astounding and a little worrying that science may have found the largest organ in the human body in 2018.