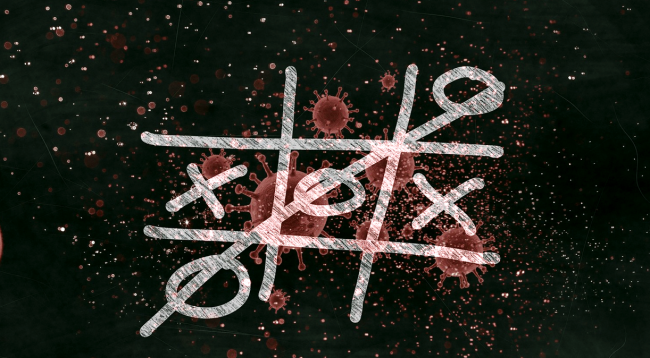 Scientists at the Spanish National Research Council recently announced that they had genetically modified a strain of E. coli bacteria and taught it how to become an expert in the game of tic-tac-toe.

Because, according to the researchers’ study as reported on by New Scientist, it “means that the bacteria behave in the same way as an electronic component called a memristor that is being used to create computer chips that mimic how the synapses in a brain work.”

Alfonso Jaramillo at the Spanish National Research Council also added that this discovery could end up having numerous applications, from creating living materials capable of learning to making “smart” microbiomes.

By genetically modifiying the E. coli strain the bacteria behaves similarly to an electronic component called a memristor that is being used to create computer chips that mimic how the synapses in a brain work.

So how does the bacteria play tic-tac-toe?

For simplicity’s sake, the team assumed that the human player always starts and puts a cross in the centre square. The first bacterial nought is then placed on the square corresponding to the well with the reddest colour.

The human plays next and the bacteria are “told” of the move by one of the chemicals they can sense being added to each well – each chemical corresponds to one square. That changes the protein ratio in each well, indicating the next move. Each game takes several days as time is needed for the bacteria to respond.

“In the beginning, the bacteria play randomly,” said Jaramillo, but he added that after only eight training games, the bacteria became expert tic-tac-toe players.

The next step, according to Jaramillo, is to create even more complex neural networks using the bacteria with the hope that it will at some point ba able to complete more complicated tasks like handwriting recognition.