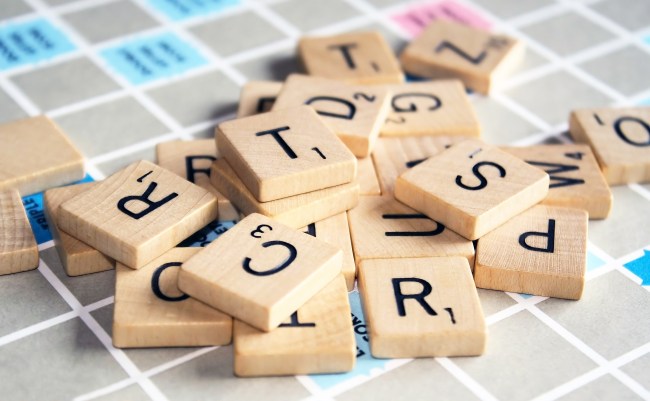 If you thought the times might pass over board games, think again. And I mean times like the current times. But also the New York Times.

Scrabble tournaments had previously allowed slurs on the basis that, however egregious, they are part of the English language. The guiding principle for players has been that points — not messaging or tact — win games.

But now, as people in the United States and many parts of the world campaign against systemic racism after George Floyd’s killing in Minneapolis police custody, a wide range of previously untouchable monuments, team names and, now, the rules of a board game, are under scrutiny.

First of all, how much of a diehard, competitive, psycho Scrabbler would you have to be to play the N-word in a Scrabble tournament, simply because it garners the most points? You’re sitting in complete silence, two feet across the table from some other brainiac who devotes Saturdays to traveling for Scrabble tournaments, and you’re going to drop that BOMB? That just seems like a time to play “Ginger” instead and sacrifice that triple letter score on one of the g’s. Make up ground on the next turn. Play for another day. But what do I know, Scrabble isn’t my life.

Second, the arguments for keeping the words in the eligible dictionary are eerily similar to the confederate statues arguments:

For those who objected to removing the words, Chew said, the three main arguments were: A word’s meaning is irrelevant in Scrabble; it’s a slippery slope, and — one he repeated with a tone of incredulity — if some people are not offended by the presence of those words, why should anyone else be?

Slippery slope. Everyone loves the old slippery slope defense. “Today it’s my right to play the n-word, tomorrow they’ll be taking away penis and vagina. It’s my God-given RIGHT to play penis!!!” Grow up, Luther.

Turns out, the banning of racial slurs is incredibly contentious among the competitive scrabble community. Not sure why I thought any different. Read the article. It’s much more interesting than I expected it to be.