Otters Caught On Camera Eating The Livers, Hearts, And Private Parts Of Sharks Believed To Be Feasted On By Killer Whales 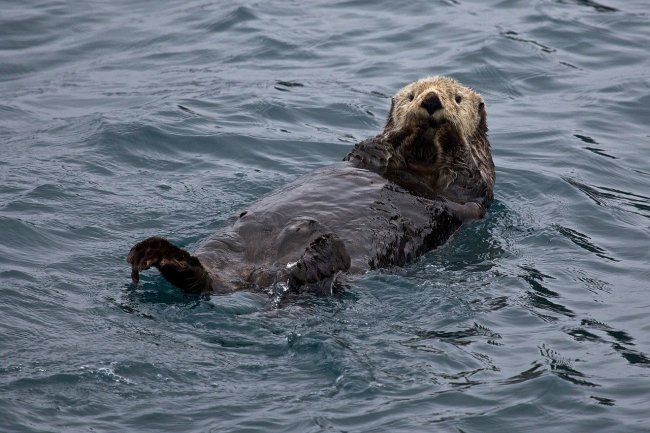 There have been some strange shark murders in South Africa’s False Bay in Simon Town recently. Dead sharks were washing up on the shore in huge numbers and the livers, hearts, and reproductive organs of the sharks appeared as if they’d been surgically removed because the wounds were so precise.

Killer whales are known to inflict these types of wounds on sharks and there are killer whales in the area of False Bay but it turns out these orcas were falsely blamed for the shark murders. It was the adorable sea otters, arguably the cutest animals in the ocean, who were brutally murdering these sharks.

Also, I should take a step back and say we’re not talking about Great Whites or Mako Sharks here, the dead sharks who were washing up with organs missing are Shysharks, a species of catshark, which usually measures around 23 inches long. These aren’t man eaters but they’re still sharks with shark teeth and all of the carcasses washing up on the beach with these peculiar wounds were confusing a lot of people.

Then someone captured footage of an adorable sea otter eating one of these sharks and the mystery was solved.

And here’s a YouTube version that has some weird robot voice if you’d prefer that over Twitter:

The original story painted a gruesome picture of what was happening to the sharks:

Otters off the coast of South Africa have been caught catching sharks and eating their hearts, livers and male sex organs before discarding the rest of the body.
Over several months a number of shyshark carcases were found by rangers near Simon’s Town in False Bay, South Africa with organs removed, Newsweek reported.

Wildlife trap cameras and photographers captured footage of Cape clawless otters feasting on parts of the 23 inch long shark species, then discarding the rest.
Alison Kock, a marine biologist at South African National Parks, studied the remains of the shyshark carcass and said otters eat ‘the most nutritious parts of the body’.
They were found to have eaten the liver and heart of both male and female shysharks, and the reproductive organs of male sharks. (via DailyMail)

I’ve eaten some weird things in my day from Pig Brain to Rattlesnake Tacos to Tarantula to fermented Greenland Shark in Iceland along with Minke Whale but I cannot honestly say that I’ve ever eaten the reproductive organs of a shark nor have I ever heard that they’re a particularly nutritious part of the shark’s anatomy.

Researchers were surprised to find that it was otters behind the shark killings but the footage now exonerates the killer whales who were previously blamed for the attacks.