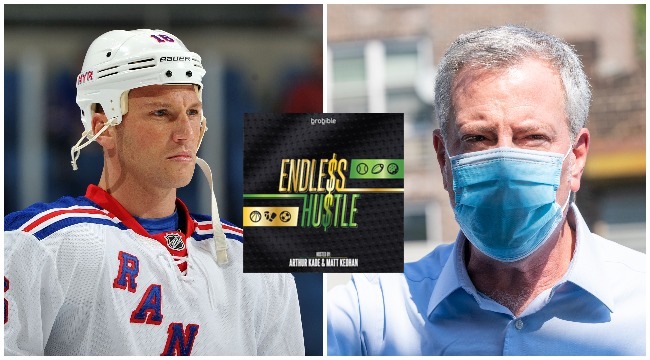 Just six short months ago, New York City was an oasis where dreamers shelled out Toledo, Ohio mansion money to live in a penalty box-sized room in Murray Hill with no dishwasher and drywall thinner than an Olsen twin.

Now, arguably the greatest city in the world has devolved into the snot-nosed kid with gingivitis and rec-specs picked last in dodgeball. Congratulations Lubbock, Texas on your promotion.

Instagram models and fashion-forward guys with $75 haircuts are fleeing the carcass of New York City because what’s the point of sticking around if you can’t get a table at 1 Oak?

Even baking in the immense challenges that come with managing infectious virus protocol in a city with a population comparable to Virginia but a land area comparable to Jeff Bezos’ back yard, NYC mayor Bill de Blasio has muffed the city’s response royally.

In March, de Blasio went on The Daily Show with Trevor Noah to recommended that New Yorkers could go about their lives with only a few lifestyle changes. This week, he’s threatening to fine people $1,000 for not wearing a mask in public, despite scrambling to reopen public schools.

On BroBible’s new Endless Hustle Podcast, Avery called de Blasio a “fucking joke” before revealing that he’s pulling a Joe Rogan and moving from the metropolis to somewhere with far, far away.

[Related: Introducing The ‘Endless Hustle’ Podcast: Taking You Into The Lives And Aspirations Of Your Favorite Athletes]

Sean, you are not alone.

Avery’s disgust with de Blasio is just one layer of a very entertaining interview. We also talked to him about:

Tune into Sean’s new podcast No Gruffs Given distributed by Action Park Media Group. It is a wild ride and not something to share with small children.

If you liked this interview, Endless Hustle has plenty more athlete interviews to come. Pods drop every Wednesday, so tune in on Spotify or Anchor.