Of Course You Should Start Your Week With SNL’s ‘Celebrity Jeopardy!’ 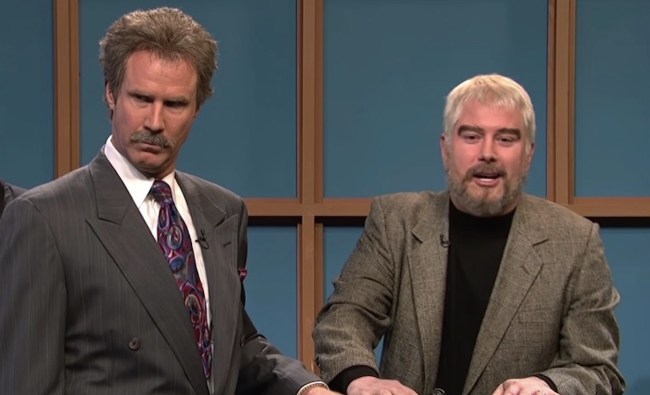 Man, so, how was your weekend? Anything big happen? Feel like I’ve been living in this week for the last sixteen years. Real Groundhog Day type stuff. Time is a flat circle, all that.

Not only was the Presidential Election last week, but two of Hollywood’s generational icons passed away, as Scottish Academy Award winner Sean Connery and Canadian game show host Alex Trebek both left us within a few days of each other.

So, what better way to kick off your week than by watching Celebrity Jeopardy!, which is arguably the most popular Saturday Night Level segment of the century thus far, thanks in no small part to Will Ferrell’s exasperated Alex Trebek and Darrell Hammond’s hyperaggressive Sean Connery.

From Connery’s constant jabs about Trebek’s mom to Trebek’s constant look of dumbfoundedness, Celebrity Jeopardy! became an instant classic of an SNL sketch from the moment it debuted.

Our thoughts are with the friends, family, and loved ones of Mr. Trebek and Mr. Connery during these difficult times.