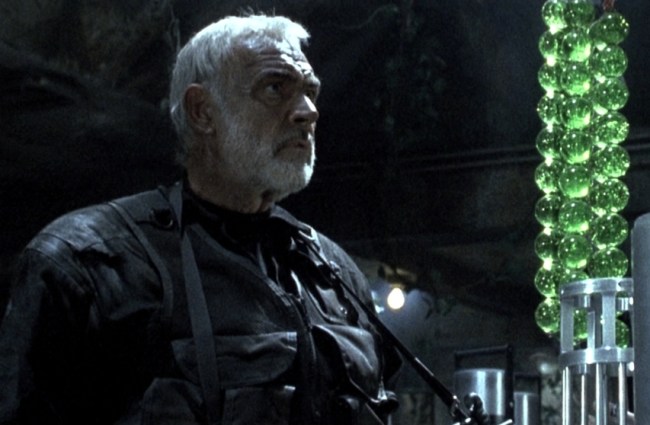 Over the course of his time in Hollywood, Michael Bay has perfected a subgenre best described as “People Engaging In Witty Banter While Avoiding Gunfire And Explosions,” which are kind of like the work of Aaron Sorkin if his characters were forced to dodge bullets and laughably large balls of flame while exchanging quips in hallways during the tracking shots he’s so fond of.

Bay’s directorial debut was released in 1995 when Bad Boys hit theaters, which gave moviegoers their first glimpse at the formula he’d continue to hone and harness on his way to making the $450 million he’s currently worth. The film—which would also mark the start of Will Smith shedding his Fresh Prince persona and embracing the action roles that would make him one of the most bankable actors in Hollywood—cost $19 million to make and ultimately raked in over $140 million at the box office.

Bay had put himself on the map, but he still had plenty of work to do in order to prove its success wasn’t a fluke. He got a chance to do so after Disney tapped him to helm The Rock, an absolute classic starring Nicolas Cage, Ed Harris, and Sean Connery, the last of whom passed away over the weekend after putting his 90 years on the planet to incredibly good use.

The House of Mouse invested almost four times as much into Bay’s second directorial endeavor than Sony had ponied up for his first, and while it paid off thanks to the $335 million The Rock ended up making, Bay had to do a bit of fighting to secure the funding he needed to realize his vision.

Luckily for him, he had an ally in the form of the legendary Scottish actor, and in a tribute he penned for The Hollywood Reporter, he shared an anecdote about how Connery went to bat for him in vintage fashion during a meeting with Disney executives, recounting:

“[We’re] having lunch with the Disney execs in a third-grade classroom, sitting at tiny tables and chairs. We looked like giants,” Bay writes. “I announce that Mr. Connery would like to visit and say hi. Sean comes in, sits down across from the open-mouthed executives.”

He continues: “In classic Sean Connery style, he belts out in his Scottish brogue: ‘This boy is doing a good job, and you’re living in your Disney Fucking Ivory Tower and we need more fucking money!!’

Without missing a beat, they responded. ‘OK. How much?’”