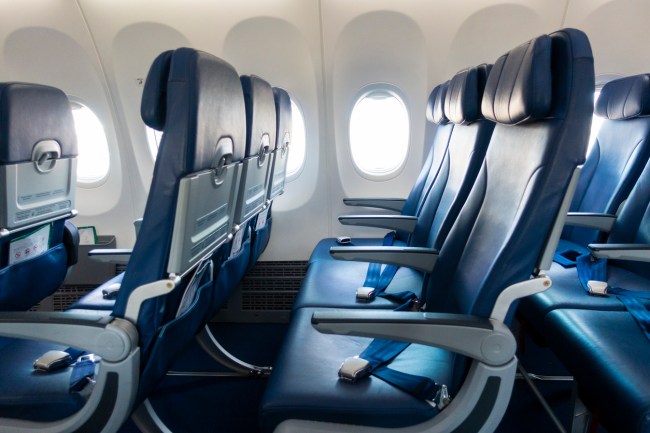 A viral video sparked a heated debate online about whether or not it is rude to recline the seat on an airplane. Now, the CEO of Delta Air Lines has chimed in on the polarizing issue.

The much-discussed video is of an airplane passenger punching the back of a seat after a woman reclined. The punchy passenger is sitting in the last row of the American Airlines plane, and he can’t recline. Wendi Williams shared video of the mid-air incident on the flight from New Orleans, Louisiana, to Charlotte, North Carolina.

“Here’s a great jackhole! He was angry that I reclined my seat and punched it about 9 times — HARD, at which point I began videoing him, and he resigned to this behavior,” Williams tweeted on February 8.

This video has the internet legitimately divided .

Dude is in the last seat on the plane. Seat doesn’t recline.

Hers does. And she reclines.

He’s upset, and is punching her seat incessantly— so she records.

The footage of the man punching the woman’s seat not only went viral with 18 million views but also ignited a fiery debate on whether or not you should recline your seat on an airplane.

In a 2014 FiveThirtyEight survey, they found that 16% of flyers always recline, 20% usually do, 14% recline about half the time, 30% do only once in a while, and 20% never recline. There were 41% of respondents who thought it was very or somewhat rude to recline your seat during a flight.

Do you think it's okay to recline your seat on a plane?

Delta’s CEO Ed Bastian weighed in on the fiery debate, and said passengers can recline, but should ask the person behind them for approval before doing so.

“I think the proper thing to do is, if you’re going to recline into somebody, that you ask if it’s OK first and then you do it,” Bastian said on CNBC’s Squawk Box.

“I think if someone knows there’s a tall person behind them and they want to recline in their seat I think the polite thing would be to make certain it was OK,” Bastian said. “I never recline because I don’t think it’s something, since I’m the CEO of the airline, that I should be reclining my seat, and I never say anything if someone reclines into me.”

Counterpoint: There’s a button that enables your seat to recline.

The airlines literally make an announcement that says: “Ladies and gentlemen, please return your seat backs to the upright position.” That means that they expect you to recline your seats.

There could be a 7-foot-tall 98-year-old great grandmother with bad knees with a newborn baby on her lap and a boiling hot cup of coffee in one hand and a chainsaw in the other hand in the seat behind me, and I will blithely recline my seat the very instant that the seatbelt light goes off. When you’re flying Spirit Airlines from Atlantic City to Las Vegas, that extra two inches on the Greyhound of the Skies might just help you pass out so you can get some shuteye so you’re rested up for a four-day bender.

Also, there’s no possible way that I’m talking to a person on a plane for their permission to recline my seat. There’s no reason to take a chance of talking face-to-face to someone who might have just transferred from a commercial flight from Wuhan.

There are two types of people in the world, people who recline their plane seats and suckers who don’t.