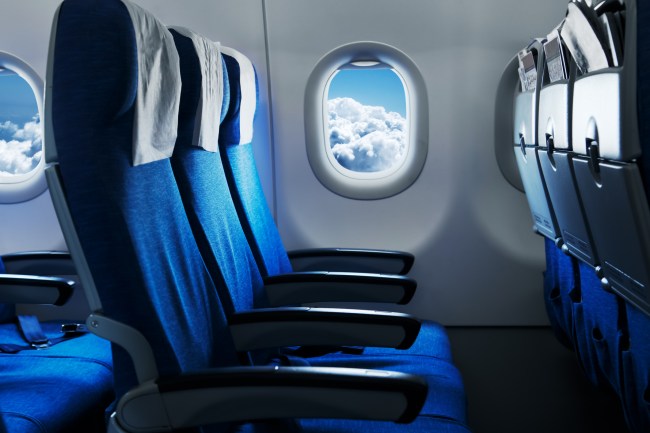 This clip has the internet deeply divided. No reasonably sane person is claiming this guy is in the right for bashing this woman’s seat. If behavior like this took place anywhere else in life that guy’s probably going to jail. But some people are heralding him as a hero for taking a stand against recliners.

I personally don’t recline. Not because I’m some sort of giant. I’m perfectly average in stature. But I try and go through life with a ‘live and let live’ mentality and I’d rather not anger the person behind me by reclining my seat right into their knees which airplane seats are already miserable.

This video has the internet legitimately divided .

Dude is in the last seat on the plane. Seat doesn’t recline.

Hers does. And she reclines.

He’s upset, and is punching her seat incessantly— so she records.

The woman has since spoken out on Twitter about the incident:

After much consideration, and exhausting every opportunity for #AmericanAirlines to do the right thing, I’ve decided to share my assault, from the passenger behind me, and the further threats, from an American Airline flight attendant. She offered him a complimentary cocktail!

When the FA came. She rolled her eyes at me and said, “What?” She then told him it was tight back there and gave him rum! She told me I had to delete the video! It’s against the law to video on a plane. I asked her name & She gave me a Passenger Disturbance Notice! https://t.co/zRwy5JYr9s

And now she’s gone on TMZ to discuss what happened. She wants action to be taken and I don’t blame her at all. I wouldn’t blame her if she’d stood up and punched that guy in the face.

Wendi appeared on “TMZ Live” and said she wants to press charges against the man for what she says went down before she started videotaping him. She also explains why she never actually went to the FBI. As for the flight attendant … Wendi claims the woman demanded she delete the video. Wendi wasn’t having it … and now she wants the flight attendant fired.
…
7:47 AM PT — A rep for American Airlines tells TMZ, “We are aware of a customer dispute that transpired … The safety and comfort of our customers and team members is our top priority, and our team is looking into the issue.” (via)

These are quite possibly the two worst people in society and somehow they found each other on a regional jet.

There are countless people on the Internet right now sounding off about which person was in the wrong. It’s easy: they both were.

Who is wrong? Maybe the guy punching the seat. https://t.co/QTCl7RgsIf

Only a complete piece of shit punches someone’s seat because they aren’t getting their way. And only a monster with no manners would recline their seat into someone’s knees after they’d politely been asked not to do so.

These people are the worst.