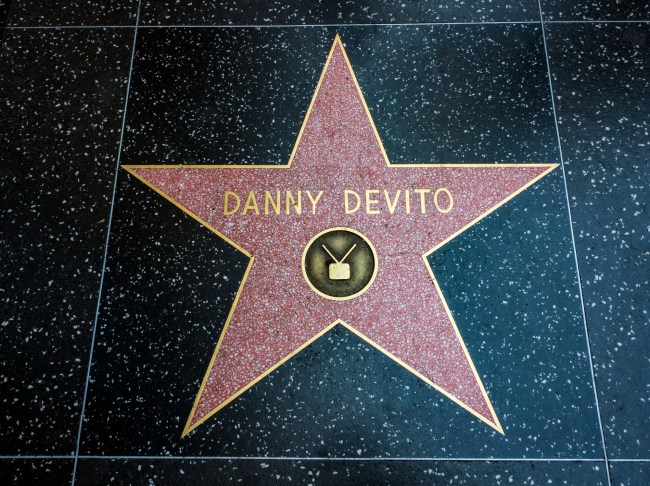 I’ve always been a natural explorer in the sense that my parents would kick me out of the house when I was a kid and tell me to stop watching TV so I’d go wander around in the woods, catch snakes and turtles in the creek, sh*t like that. But my natural curiosity of the space around me has always ended when I step inside.

I’m not that guy who will go snooping around in an attic or basement (not that we have either of those in Florida). You won’t find me in the bathroom pushing on a paper towels rack to see if there are hidden treasures behind, hidden treasures like this creepy ass Danny DeVito shrine someone found hidden behind the paper towels at a college in New York.

This footage (pics + video) comes from SUNY Purchase and has been going viral as people try and grapple with just what in the f*ck is going on here. Where did it come from? Did everybody know about this beforehand? Is this some sort of Always Sunny guerilla marketing? I have so many questions. Check out the clip first, pics after that, and reactions below.

y’all ever remove the paper towel dispenser from the wall, walk through the wall, which then leads to a danny devito shrine and after a few minutes of being in there a bunch of drag queens come in to do a photoshoot.

Hole in a school bathroom that leads to a cavernous shrine to Danny devito pic.twitter.com/Xsdg22IxzL

Normally I’d say that’s some serial killer sh*t right there but this is a Danny DeVito shrine. It seems harmless on the surface until you snap back to reality and realize it’s hidden behind a wall in a bathroom.

@DannyDeVito yo. My college has a secret room that worships you. Come visit!!!!!!!!! SUNY Purchase come through -me and my friends pic.twitter.com/6HMqr85HQx

I guess a lot of people at SUNY Purchase know about this?

the best thing about my school is the danny devito shrine hidden behind the paper towel dispenser in one of the bathrooms pic.twitter.com/3jFe0V9eK6

Would you believe me if I said I went to a hidden Danny Devito shrine in a hole in the wall in the boys bathroom and then two drag queens came in to do a photo shoot? Because that happened

Imagine going to grab a paper towel and the whole ass dispenser fall over…and you find this shrine 😂 wtf https://t.co/9rkTX3TmOy

what other secret easter eggs does this earth bestow

I’m always impressed by those people who go digging in the walls after buying old homes and find random treasure chests and share the unboxing on Reddit. I grew up in Florida and 90% of the houses here were probably built in the past 25 years because the rest have been blown away from hurricanes. We don’t get the luxury of searching for buried treasure outside of finding sharks teeth at the beach.

I can’t get past the question of ‘Why Danny DeVito?’