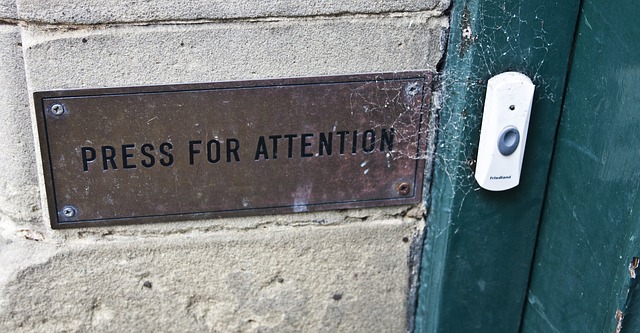 Everybody deserves to be happy. However, if your happiness means trespassing on private property and engaging in a steamy make-out sesh with a doorbell then your kinky fetish isn’t copasetic. A home security camera caught a man romantically licking a doorbell… FOR THREE HOURS. Jeez, get a room you two!

We take you to Salinas, California, where the beer flows like wine and the doorbell lickers instinctively flock like the salmon of Capistrano. Police are currently searching for a man who trespassed and licked a doorbell for three hours and now your girlfriend is giving you a dirty look for your lack of oral commitment. The man, identified as 33-year-old Roberto Daniel Arroyo by the Salinas Police Department, was prowling around the house owned by the Dungan family.

Apparently, the parents were not home at the time, but their children were inside the house sleeping. The Ring home security camera captured the bizarre make-out session as well as catching Arroyo moving an extension cord and relieving himself. Arroyo also went to a neighbor’s house. Arroyo could face possible misdemeanor charges of petty theft and prowling.

What’s this guy’s deal? Is he flaunting his impressive oral skills for the world to see? Does he truly love the doorbell and is in a committed and romantic relationship with the doorbell? I certainly hope that he got consent from doorbell before engaging in the lickfest.

*Ding dong* Nobody is home. It doesn’t appear that he’s using the alphabet method on his oral treats on the doorbell, but he still puts forth a great effort. Plus he licked it for THREE hours. Yet nobody came. He’s just showing off to entice the ladies and now women will be asking if this dude is single, which I’m betting that he is.

“Do you really love the doorbell, or are you just saying it because you saw it?”

I haven’t seen a passionate make-out sesh with an intercom like this since Happy Gilmore.