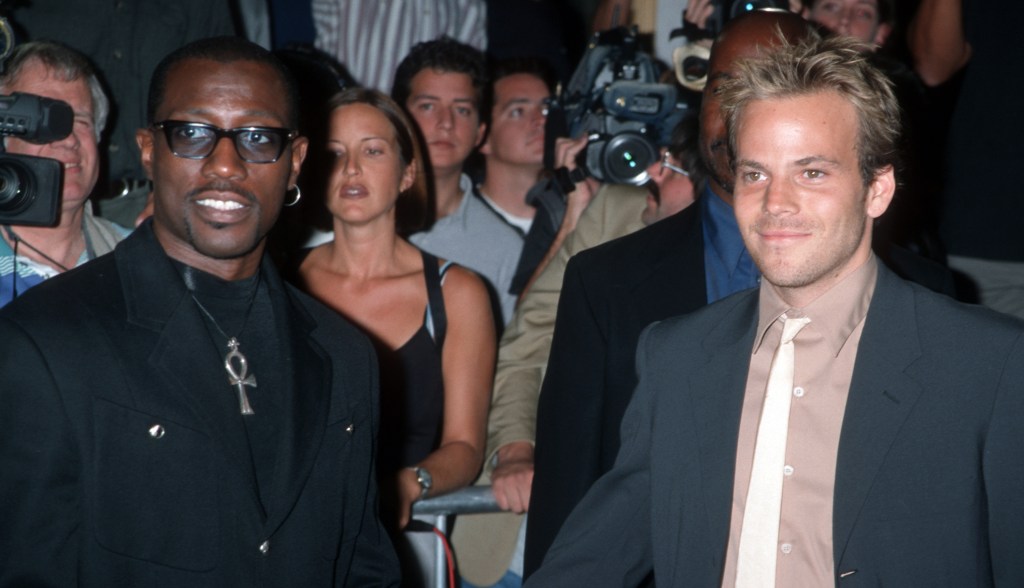 It started with a tweet at 10:45 am on Monday morning. By Monday night, this security guard was already Internet Famous after going viral on Twitter.

The initial tweet called him the “most securing guard” ever. Immediately, people began comparing him to Wesley Snipes in Blade with the black leather trench coat, tactical gear, and an array of weapons.

Personally, I’ve never seen a security guard like this before. He appears to be holding a pistol and has two more holstered. The guy is wearing knee pads like some sort of rollerblader sent to the future from 1993. There’s a sword tucked through his belt. And the more I type the more I feel like this had to be a Halloween costume except there’s no indication of that at all, everyone on Twitter seems to believe he’s an actual security guard.

This the most securing guard I’ve ever see. pic.twitter.com/BE3lorGabZ

He ain’t come to play around too pic.twitter.com/x9LUu7duBz

Imagine telling a security guard “tf you gonna do” then he whips out a whole ass sword.

What the fuck is this 😭?! pic.twitter.com/S94nYCSbqa

This is blade's cousin 'cutlass'

Ok but my question is what is this? pic.twitter.com/jfgdgoxe13

This is blade's cousin 'cutlass'

The Security guard jogging took me out he ain’t finna do shit 😂😂😂😂 pic.twitter.com/IIOZm3LoNt

All these Blade jokes tells me y'all are all too young to remember that he looks like the background guys in the Bad video. pic.twitter.com/1mOnKTd9f3

It turns out he’s a bonafide badass. Retired from the Army, currently a body guard/security guard and bounty hunter.

thought this was Blade for a second pic.twitter.com/OiNgTF7OWq

He rocking the Grapple Gun from blankman 😂😂 pic.twitter.com/3t6mh4ffWA

Bruh really got the same strap Snake Plissken had pic.twitter.com/TG8uaUUI1X

We could keep doing this all day but you get the point. There’s a private security guard out there who is also a bounty hunter and he comes strapped like Blade.

He’s got that menacing “if I come knocking on your door you then you did something extremely wrong to bring me here” vibe that John Cusack gives out in Grosse Point Blank.

With everything that we’ve learned here today, I don’t think you necessarily need to keep some garlic out to ward off a daywalker half-vampire but it never hurts to have garlic in the house.