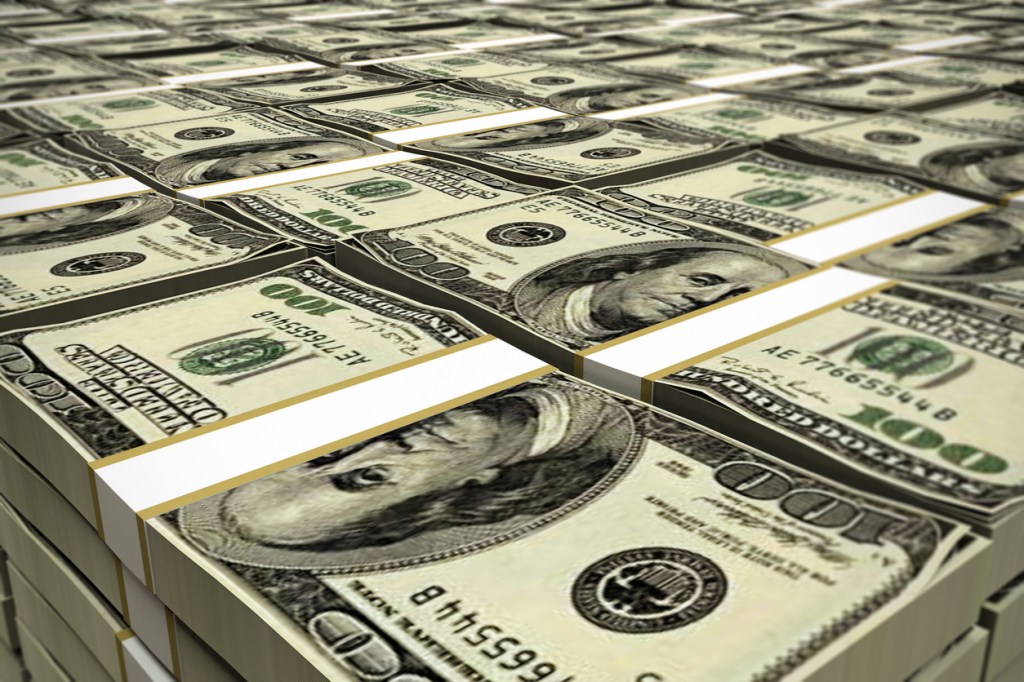 Stop me if you’ve heard this one before: some person digging in a backyard found a shiny rock worth up to $100 MILLION on the international market, a Star Sapphire to be exact. This is 100x better than winning the lottery. Actually, it might legitimately be exactly 100x better than winning the lottery depending on the size of the lotto jackpot. I’m just astounded that this could happen.

While digging a well in a backyard in Sri Lanka, workers discovered what turned out to be the world’s largest Star Sapphire cluster. They found it in Sri Lanka’s “gem rich” area of Ratnapura, according to the BBC.

Once the Star Sapphire was extracted from the ground it really began to set in just how monumental of a find this was. The pale blue gem cluster weighs roughly 510 kilograms or 1,124.36 pounds. That’s an estimated 2.5 MILLION carats which could have a value of up to $100 MILLION on the international market.

Some of the ‘who, what, when, where, why, and how much??’ details have been hard to come by for security reasons. For starters, this $100M Star Sapphire cluster was found a year ago. It has taken that long to clean it up and remove all the mud and impurities.

A star sapphire cluster worth approximately $100 million found in a Sri Lankan’s man backyard by workmen digging a well. pic.twitter.com/46cE6cqfvx

The owner of this monumental find is going by the name ‘Mr. Gamage’ for security reasons. He is a third-generation gem trader according to a report from the BBC. Initially, one of the workers digging the well alerted Mr. Gamage about “some rare stones” that were found while digging. Then they happened upon the largest Star Sapphire cluster ever found.

Upon finding the stone that’s been nicknamed the “Serendipity Sapphire”, Mr. Gamage alerted authorities. During the year it took to clean up this stone a few of the smaller sapphires fell out of the cluster and were discovered to be of the highest quality star sapphire around. It’s at this point the potential value began to soar.

The name ‘Ratnapura’, the city where this stone was found, translates to ‘City of Gems’ in the local language. And Sri Lanka is one of the global leaders in precious gem exports.

The world's largest star sapphire cluster hs been found in a backyard, in Ratnapura, by accident. A gem trader said the stone was found by workmen digging a well in his home. The stone, which is pale blue in colour hs an estimated value of up to $100 mn
https://t.co/92Vo7YoK1f

It is certainly possible that there are lesser quality sapphires within the cluster but it is estimated at 2.5 MILLION carats. And the stones that have been tested thus far were very high quality. Experts believe it could be worth up to $100 million on the international market and it was just sitting there in someone’s backyard waiting for the taking.

That valuation might seem wild but these are very valuable precious gems. In searching Getty Images for ‘Star Sapphire’ looking for an image to use in this article, the first hits were British royals wearing Star Sapphire jewelry.

If you’ll excuse me, I’m going to grab a shovel and start digging in the backyard for precious gems worth millions of dollars. And if I don’t find any in my backyard maybe I’ll just keep digging in other yards until I find one.

To read more about this you can check out the BBC report by following that link above!