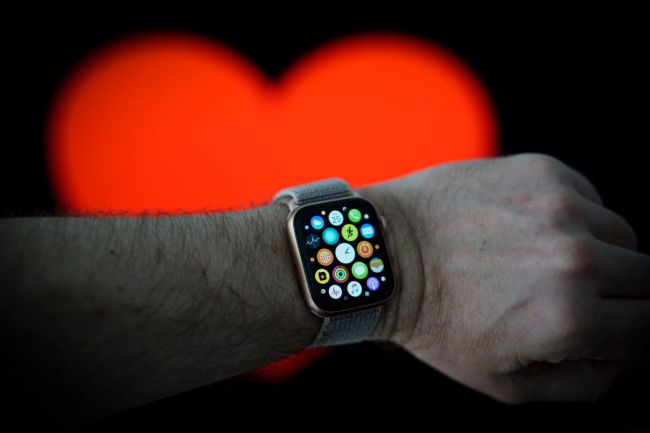 Believe it or not, the coolest feature on the Apple Watch doesn’t require you to even touch the watch itself. Don’t worry, you’re certainly not alone if you didn’t know that you can control your Apple Watch using simple hand gestures, but you may be frustrated if this is the first time hearing about Apple Watche’s hands-free tech.

That’s how awesome the feature is.

You may be thinking that controlling your Apple Watch by using hand gestures, and not even touching the screen, sounds like some technology straight out of some futuristic movie. Well, thankfully, the technology actually exists today and this TikTok courtesy of tech vlogger Ellyawesometech shows just how incredible it is.

The video is certainly catching people’s attention seeing how it’s been viewed over 15 million times and been shared over 290,000 times at the time of this writing.

Whether you need to use Assistive Touch to help out with your day-to-day life or you just want to set it up on your Apple Watch to look cool, thankfully, it’s extremely easy to set up.

How To Set Up Assistive Touch On Your Apple Watch

If you have an older Apple Watch, unfortunately, you won’t be able to use the Assistive Touch featured. You’re going to need to own a Series, 6, 7, or SE device and you’ll also need the latest version of WatchOS 8 installed. You’ll also want to update your iPhone to iOS 15 to unlock the latest WatchOS software.

From there, the path to controlling your watch with simple hand gestures is a only few clicks away.

On your iPhone, you’ll need to first go to the Watch app. From there, you’ll tap Accessibility, go to Assistive Touch, and then toggle the switch to on next to Assistive Touch. Next, you’ll want to go to Hand Gestures to set up an activation gesture, which will serve as the hand signal you’ll apply to your Apple Watch to activate the Assistive Touch.

You’ll have the option of either double clenching, double pinching, or none as activation gestures. You may want to select the ‘none’ feature if you’re someone that regularly clenches their hand or makes the pinching motion, unless you want to activate your watch at random times throughout the day.

As for the features you can prompt with hand gestures, you can activate Apple Pay, get Siri’s attention, and navigate all of the apps you have installed on your watch.

While the Assistive Touch feature is certainly futuristic-feeling, it still has its limits.

Here’s a look at what each hand gesture will do on your Apple Watch if you keep the gestures on their default settings.

Pinching will select the next item on your Apple Watch menu or move the menu forward. A double-pinch will move the menu back or select the previous item on the menu. A simple clench will serve as a tap on the screen and a double clench sends you all the way back to the action menu.

You can change each hand gesture by tapping each one and selecting the many options it gives you.

If for some reason you don’t want to control your watch hands-free, then you can turn off the feature directly on your Apple Watch in the Assistive Touch menu.