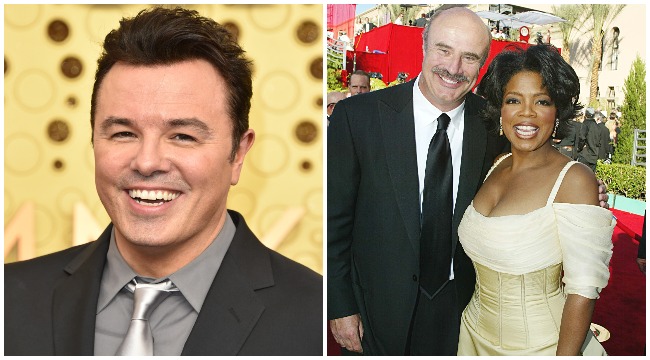 It’s fascinating how COVID has turned the people who are supposed to be the heroes in a crisis into the villains—doctors, mayors, pastors.

Dr. Phil lost a lot of Americans’ respect last week after he cited bogus statistics about poverty and swimming pool deaths in a conflated argument in favor of re-opening the economy.

“The fact of the matter is, we have … 45,000 people a year die from automobile accidents, 480,000 from cigarettes, 360,000 from swimming pools, but we don’t shut the country down for that, but yet we’re doing it for this, and the fallout is going to last for years because people’s lives are being destroyed.”

People then began airing out Phil’s dirty laundry, pointing out the fact that he is not a medical doctor and he is no longer licensed to practice psychology in any state after committing a slew of infractions, including inappropriate relationships with clients.

Mr. Phil landed in hot water just days after fellow TV psychologist Dr. Oz appeared on Fox News to discuss reopening schools, saying it “may only cost us 2 to 3%, in terms of total mortality.”

Seth MacFarlane has heard enough, and he’s directed his anger at the puppeteer.

Oprah has done some wonderfully altruistic things with her career, but the use of her platform to amplify the voices of dubious characters rather than legitimate scientists has been a disservice. I hope she will lend her own powerful voice to correct it.https://t.co/h002GVGX3f

Asked about his tweet on the first episode of Vice TV’s Seat at the Table with Anand Giridharadas, MacFarlane reiterated his position.

“Oprah has spent her career doing a lot of altruistic things … and has really, in many ways, used her platform for good. The exception to that is the elevation of these purveyors of pseudoscience.”

MacFarlane then cites Oprah’s promotion of other dubious figures outside of Dr. Phil and Oz—like anti-vaxxer Jenny McCarthy, who went on the Oprah show in 2007 to claim that vaccines cause autism.

“And it’s a strange dichotomy that I think a lot of people, particularly right now, are having trouble reconciling. You know, this person who has done all this positive work for the world, and yet somehow has gotten caught up in this web of junk science on many occasions.”

This isn’t the first time MacFarlane came after Oprah. After Oprah’s Golden Globes speech created buzz that she could challenge Trump for the presidency in 2020, the Family Guy creator was haunted by this idea.

Oprah is beyond doubt a magnificent orator. But the idea of a reality show star running against a talk show host is troublingly dystopian. We don’t want to create a world where dedicated public service careers become undesirable and impractical in the face of raw celebrity.