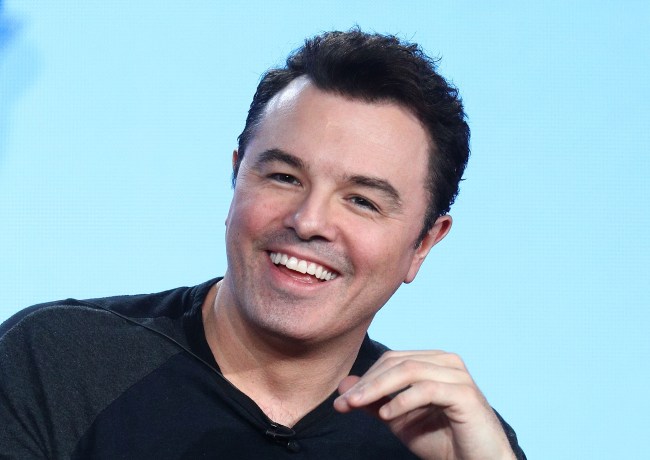 “Many a true word is spoken in jest,” says a quote I literally just Googled. But it rings true, especially considering how spot on our satirical cartoons have been with some of the most outlandish cultural events of our time. They have predicted, time after time, the most outlandish claims about celebrities and world events that no one could ever see coming.

Like back in 2009 when Family Guy predicted Bruce Jenner is a woman–a “beautiful, elegant Dutch woman.” Or in a March 2000 episode of The Simpsons, the newly inaugurated President Lisa Simpson complains that “we’ve inherited quite a budget crunch from President Trump.” And most recently, an animated clip from a 2005 Family Guy episode has gone viral after it joked about Kevin Spacey being a total creep ball.

Family Guy creator Seth MacFarlane said on Thursday at the Television Critics Association’s Winter Press Tour that he wasn’t the mastermind behind the clairvoyant jab.

“I don’t remember who pitched the joke,” he told reporters. “I remember when it was pitched that was a rumor that I had actually not heard, and other writers in the writers’ room had. It had to be explained to me.”

Page Six reports that showrunner Alec Sulkin claims the genesis of the joke came after Spacey said he had been attacked by a young person in London one night in 2004, only to change his story and say that he tripped over his dog after the young person mugged him.

“I think he had sort of been … beaten up in a London park, and he claimed he was walking his dog and fell and I think that sort of raised a lot of eyebrows,” Sulkin recalled.

Hey I want to try: I predict news is going to break that Bob Saget was boning Kimmy Gibbler during Full House production.