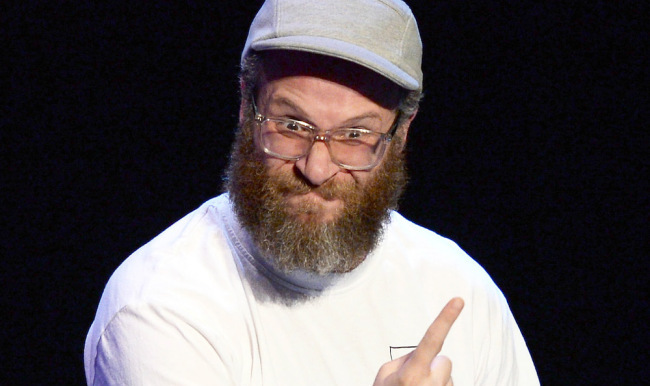 Usually, I’ve got something funny to say. At least I try to think so. If you’ve ever read my writing before, you know its more conversational than it is declarative. I kind of just… ramble? As if you were a guest in my living room — roped into the occasion because you’re dating my cousin or something —  who was cornered by the societal trappings of politeness and forced to listen to me make small talk about increasingly nonsensical topics. “Have I told you about the 5G towers? Let me tell ya, man — ALIENS. BABE, GET ME ANOTHER WHITE CLAW, WILL YA? A TALL BOY PLEASE! Anyway, where was I…” Okay, I suppose that counts as a joke.

Anyway, back to the aforementioned rambling, which seems to be the exact opposite of the approach that Seth Rogen is taking in the comment section of his Instagram, where he appears to be going full scorched Earth on all of the racists in his comment section taking issue with the Black Lives Matter movement.

seth rogen explaining it in the simplest way possible pic.twitter.com/UQ24CA1eZf

in a world full of Karens, be a Seth Rogen #BlackLivesMatter pic.twitter.com/f12zV5LU2D

This energy from @Sethrogen pic.twitter.com/L9wLWOpLBj

He said what he said. anti racist going to see the next Seth Roger movie #SethRogen pic.twitter.com/QMtWJCqhAB

This true @Sethrogen? I mean your basically my spirit animal and my respect for you is phenomenal, but this is just icing on the cake, much love my brother pic.twitter.com/7LQPeZCIj7

Rogen is certainly playing with more than Monopoly money on this one (he’s got 8 million followers on Instagram and another 8 million on Twitter), because as Michael Jordan once said, everyone buys sneakers, and if they buy sneakers, then they definitely see Seth Rogen movies, too (although the jury is still out on whether or not they partake in the whole marijuana part of the experience). But — as Rogen is clearly emulating on his Instagram account — the time for common niceties has passed.