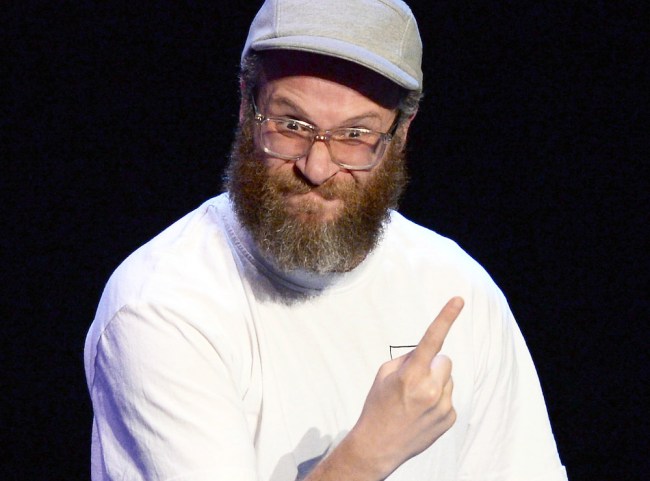 Everyone is handling begin stuck in the house during the pandemic differently.

For some people, sheltering in place means taking up new hobbies, working out with $2700 dumbbells, or shooting their shot with hot TikTok stars.

Seth Rogen is spending the long days of self-isolation doing what he does best – smoking a ton of weed.

Rogen appeared on Jimmy Kimmel‘s ‘Live From His House’ segment. The writer and actor admitted that he’s zero problems hiding in his house for days on end.

He’s got enough weed to last until the end of days.

“We are not all in this together because this has not been that bad for me,” the 38-year-old confessed to Kimmel. “I have kind of been self-isolating since 2009.”

When Kimmel inquired as to how he’s been passing the time, Rogen reveals that he’s been smoking “a truly ungodly amount of weed.” The actor noted that he’s thankful weed is lawfully considered an essential service “because for me it truly is essential.”

Rogen celebrated his birthday on April 15th in the perfect way. He got high and saw his friends for about 15 seconds as they drove by his house.

“All I want is to see everyone for 15 to 25 seconds,” he explained. “I don’t need to get close. I’m more than happy to go out, wave to my friends and speak to them for 15 seconds and everyone go on their merry way. Again I’m really built for this.”

Last month, Rogen got high and watched the movie ‘Cats’ for the first time and reviewed the film on Twitter.

It was hilarious as you’re imagining.